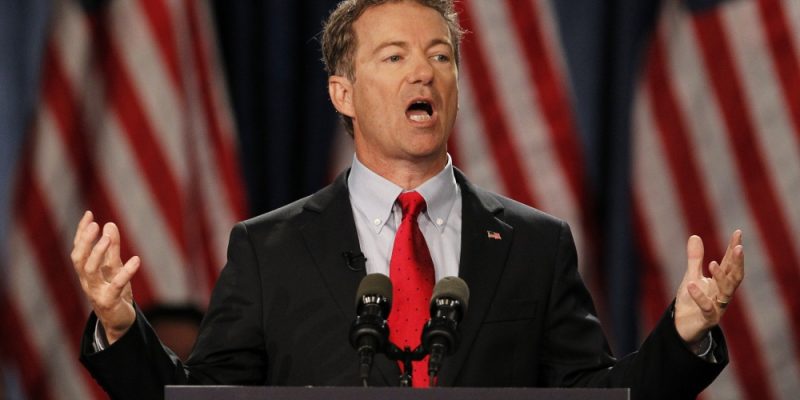 Sen. Rand Paul, R-KY, introduced the National Right to Work Act, S. 204, for the fourth time since 2013 to preserve and protect the free choice of individual employees to form, join, or assist labor organizations, or to refrain from such activities.

The bill comes after the 2018 U.S. Supreme Court Janus v. AFSCME ruling stating government employees have right to work protections under the First Amendment and after national polls reveal 80 percent approval ratings among voters for a national Right to Work act, the National Right to Work Committee (NRTWC) points out.

Paul has introduced a National Right to Work bill in the Senate during each two-year congressional session since 2013. The one page bill adds no single word to federal law. It instead removes existing language in the 1945 Taft-Harley National Labor Relations Act (NLRS) and Railway Labor Act (RLA), which both authorize union officials to require being paid dues from nonunion workers as a condition of their employment. (The RLA specifically blocks Right to Work laws from protecting workers in the railroad and airline industry.)

Paul’s bill amends both the NLRS and RLA by removing the forced-dues provisions.

“Every American worker deserves the right to freedom of association – and I am concerned that the 26 states that allow forced union membership and dues infringes on these workers’ rights,” Paul said. “Right to work laws ensure that all Americans are given the choice to refrain from joining or paying dues to a union as a condition for employment. Nearly 80 percent of all Americans support the principles and so I have introduced a national Right to Work Act that will require all states to give their workers the freedom to choose.”

Paul’s legislation would not stop employees from joining a union or maintaining their current union membership.

Mark Mix, president of the NRTWC, said, “This legislation would enshrine the common-sense principle – already enforced in more than half of U.S. states – that no worker should be compelled to join or pay dues to a union just to get or keep a job.”

To date, 27 states, including Kentucky, have enacted right to work laws. However, because of these two federal laws, private sector workers can be fired for refusing to pay union dues or fees despite working in a right to work state.

The NRTWC notes that individual state support for right to work bills increased after Indiana Gov. Mitch Daniels signed the Indiana Right to Work Bill into law in 2012. Within less than a year, other states began passing their own right to work bills, including Michigan, a long-viewed labor-held state.

Max argues right to work laws have proven to “pay economic dividends” in states that have passed them. “Studies demonstrate that workers in right to work states enjoy greater private sector job growth and higher disposable incomes than their counterparts in states without right to work protections,” he said.

The NRTWC engaged in a multi-year effort in 2009 to “block the union bosses’ so-called ‘Card Check’ bill,” it states. Since then, it notes the number of House and Senate cosponsors supporting right to work legislation increased dramatically. In the 112th Congress, there were 122 co-sponsors. In the 113th Congress, 144 cosponsors, in the 114th Congress 156 cosponsors, and in the 115th Congress 159 cosponsors.

NRTWC is mobilizing its 2.8 million members to call on their representatives and senators to support the National Right to Work Act.

Despite their herculean effort, Greg Mourad, Vice President of NRTWC, told Watchdog.org that Sen. Paul’s NRWA bill is unlikely to make it to the president’s desk this year. However, he said the growing national momentum is forcing “Big Labor’s allies to prove that they’re more interested in appeasing the union bosses that bankroll their campaigns than in standing with the 80 percent of Americans who know it’s wrong to force workers to pay dues or fees as a condition of employment.”