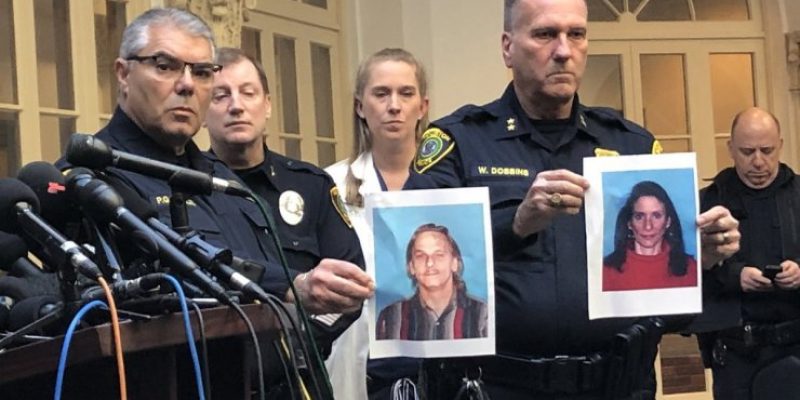 Houston Police Chief Art Acevedo on Friday announced that an internal investigation has revealed that one of their own likely lied and set the scene for the deadly shooting two weeks ago.

According to HPD, an informant never bought drugs from the home that was raided where both homeowners were gunned down and four officers were shot.

After the gunfire subsided, police were puzzled when no heroin was found at the scene, only small amounts of marijuana and cocaine. Days later, it became clear that not only was false information used but a “bad apple” in the department may be to blame for the shootout.

The fabricated information was used to obtain a no-knock warrant, a tactic being used more frequently with increased public criticism.

In the original warrant, lead case agent Officer Gerald Goines wrote that an informant had bought “black tar heroin” at the house the day before the drug raid and also saw a handgun. The warrant states that the informant returned to Officer Goines with a bag of “brown powder substance”, supposedly just one of many in the home.

All of this information led a judge to sign off on the “no-knock raid”, all of which appears to have been made up.

Dennis Tuttle, 57, and Rhogena Nicholas, 58, and there pit-bull were killed in the raid at their home on Harding Street in Southeast Houston. Four police officers were shot with two critically injured. During the internal investigation, all of officer Goines’ informants confirmed that they never entered the house nor bought from Tuttle or Nicholas.

According to court and HPD files, the officer is no stranger to trouble as he has racked up multiple written reprimands, lawsuits, and a separate ongoing accusation of fabricating a drug deal.

Sympathizers have placed flags, flowers and candles on the porch of the home. Someone also spray-painted the bible verse that includes the Lords Prayer on the barricade that replaces the door. 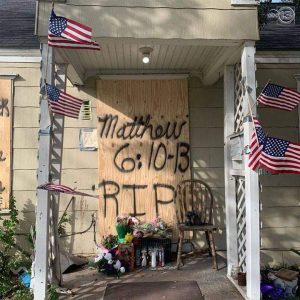 Houston Mayor Sylvester Turner and the Houston Police Officers Union are reserving comment until the investigation is closed.