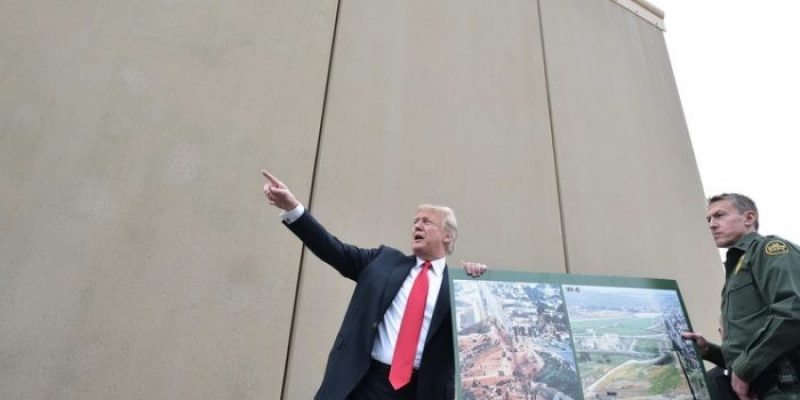 As expected, President Donald Trump declared a national emergency on the border today. This comes after Congress once again refused to appropriate the money the Trump administration requested to build physical barriers on the U.S.-Mexican border.

This emergency declaration is just the latest expansion of executive power, which is what our Founding Fathers were afraid of. The declaration is also intended to bypass the will of Congress as White House Chief of Staff Mick Mulvaney more or less admitted.

White House Chief of Staff Mick Mulvaney said that Congress is, “simply incapable of providing the amount of money necessary in the president’s eyes to address the situation at the border.”

Does this seem familiar? It should. In January 2014, then President Barack Obama bragged about using his “pen and phone” to sign executive orders on everything from the economy to immigration after Congressional Republicans refused to pass his proposals. Among those who objected to Obama’s expansion of executive power was Donald Trump.

Trump will not be the only hypocrite on this issue. Many of the same people who will (rightly) oppose Trump’s emergency declaration (wrongly) cheered Obama’s executive power abuses.

It’s also important to put this issue in perspective. Trump’s emergency declaration is an unconstitutional abuse of executive power. But it’s no worse than Obama’s unilateral rewriting of immigration laws in 2014, which were found unconstitutional by a federal appeals court and the court ruling was upheld by the U.S. Supreme Court. Trump arguably is on the stronger legal ground than Obama ever was.

Nor am I too worried about the precedent that this emergency will set. The only thing unprecedented about this emergency is the use of national emergency powers instead of just using the “pen and phone.” Leftist ideologues like Kamala Harris and Alexandria Ocasio-Cortez would try and implement their ideas through executive powers regardless of what Trump does.

Our Founding Fathers were worried about the consolidation of executive power. They believed that the legislative branch, ie Congress, should be the most powerful branch of government. Why? Because it is supposed to be closest to the people. John Locke, the English philosopher whose writings most influenced our Founding Fathers wrote:

“Yet the legislative being only a fiduciary power to act for certain ends, there remains still in the people a supreme power to remove or alter the legislative, when they find the legislative act contrary to the trust reposed in them…. And thus the community perpetually retains a supreme power of saving themselves from the attempts and designs of any body, even of their legislators, whenever they shall be so foolish or so wicked as to lay and carry on designs against the liberties and properties of the subject.”

Who is to blame? Everyone. Trump is to blame for being a poor negotiator and demagoguing the immigration issue for nearly four years. Republicans in Congress are to blame for not being serious about border security. In fact, the truth is many Republicans in Congress never had any intention to strengthen border security because they support cheap, undocumented foreign labor. Democrats also have to take the blame because they would rather have this issue to pander for Hispanic votes than have a solution.

Most of all the institution of Congress is to blame. For decades, especially since FDR’s reign, Congress has delegated more and more power to the executive branch. If Congress did not want a president to abuse executive power, they should not have given them the ability to do so. This could be a good thing if Congress decides to claw back some of its powers from the White House, but I’m not holding my breath on that.