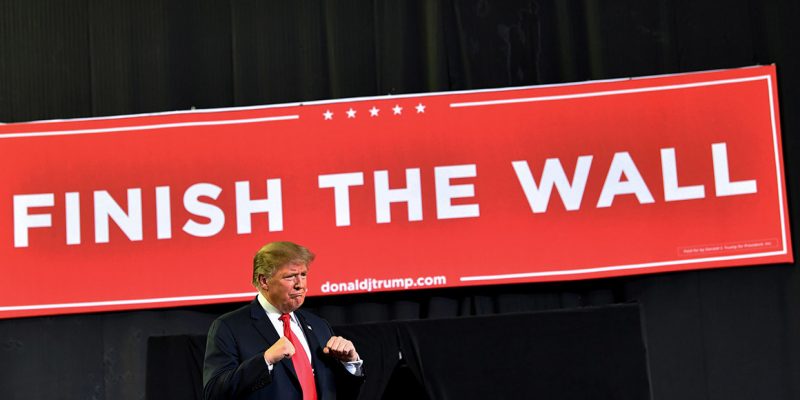 (Washington D.C.) – This morning from the Rose Garden, President Trump declared a national emergency in order to secure funds to repair and expand the border wall with Mexico.

Trump referred to the border situation as “the national security and humanitarian crisis on our southern border”.

The announcement comes after Congress failed to send even a third of the requested funds after nearly two months of negotiations.

White House Chief of Staff Mick Mulvaney said that Congress is, “simply incapable of providing the amount of money necessary in the president’s eyes to address the situation at the border.”

“With the declaration of a national emergency, the president will have access to roughly $8 billion worth of money to secure the southern border.” – White House Chief of Staff Mick Mulvaney

Funds identified for redirection include:

President Trump is taking flack from both sides for the move, Democrats calling it “unlawful” and some conservatives calling it unconstitutional.

“We have a crisis at our southern border, but no crisis justifies violating the Constitution.” – U.S. Senator Marco Rubio (R-FL)

“If the president can declare an emergency on something he has created as an emergency, an illusion that he wants to convey, just think about what a president with different values can present to the American people.”

The President appeared resolute in his decision:

“Today I’m announcing several critical actions that my administration is taking to confront a problem that we have right here at home. We fight wars that are 6,000 miles away, wars that we should’ve never been in – in many cases – but we don’t control our own border. So we’re going to confront the national security crisis on our southern border and we’re going to do it one way or another.”