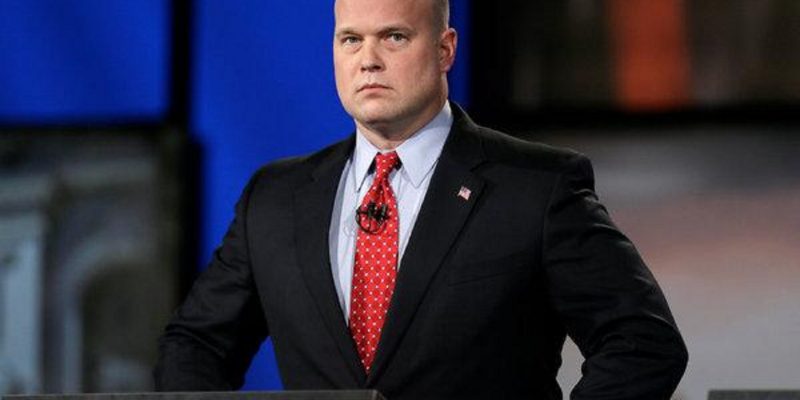 (Washington, D.C.) – Democrats again attempted to make a mockery of a Trump appointee today but found themselves a worthy opponent in acting Attorney General Matthew Whitaker.

Whitaker refused to “take the bait” at several moments during his testimony before the House Judiciary Committee today when Democratic Committee Members posed “gotcha questions”.

The most memorable exchange was with the Chairman of the Judiciary Committee, Jerrold Nadler (D-NY).

Instead of answering the Chairman’s question, Whitaker pointed out that his time was up. The room then burst into gasps and laughter.

“Mr. Chairman, I see that your five minutes is up, so… I am here voluntarily. We have agreed to five-minute rounds.”

Chairman Nadler cracked a smirk and agreed to conclude the round:

Jerry Nadler asks Matthew Whitaker if he has ever been asked to approve any request or action to be taken by the Special Counsel.

Whitaker: "Mr. Chairman, I see that your five minutes is up."

The response in the room is remarkable. Via CSPAN2 pic.twitter.com/UAcOyulX46

It was far from the only tense moment of the day as the new Democrat majority took turns shooting for a solid soundbite.

Whitaker appeared to purposely antagonize Rep. Sheila Jackson Lee (D-TX) by refusing to give her a “yes or no” answer:

Matt Whitaker is astonishingly disrespectful. He's also way out of his league. Rep. Sheila Jackson Lee just put him in his place.

"Mr. Attorney General, we are not joking here and your humor is not acceptable." pic.twitter.com/VbI5rxgfTn

Of course, we don’t hold it against him if he was trying to “run out the clock” and end the painful interrogation process sooner than later.

Anti-gun Rep. Eric Swalwell (D-CA) tried to get the acting AG to vouch for the character of Special Counsel Robert Mueller and Whitaker refused, saying he is “not a puppet”.

Rep. Ted Lieu (D-TX) pressed Whitaker on whether or not the President’s cabinet, family and himself can be indicted:

In a heated exchange, @tedlieu grills Whitaker on what the Constitution does and does not say about indicting the president and his family members pic.twitter.com/wrYLjhvnMw

To summarize, Democrats argue that AG Matthew Whitaker was disrespectful and Republicans argue that Democrat members were rude and antagonistic.

With nearly two years until the next election, the country should probably get used to more scenes like the partisan circus that we saw today.

Republicans appear emboldened by Whitaker’s backbone much like they are by President Trump’s brazen politics, leading many to call for the acting AG to be made permanent.