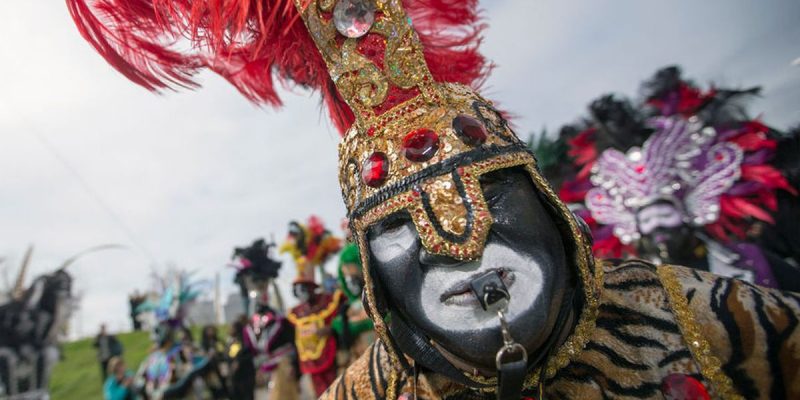 When then (and never again) New Orleans mayor Mitch Landrieu launched his lame duck term crusade to claim a high profile political legacy by going after the city’s Civil War monuments, I predicted that the revolution of political correctness would not stop at the curbs of Lee Circle and Jefferson Davis Parkway.

I suspected then that the iconic equestrian statue of the Hero of New Orleans in the square that bears his name would also be targeted for removal.

Well it seems the cultural Marxists decided to take their fight to bring “fundamental change” to the Crescent City not only to Jackson Square but to North Broad as well.

In the aftermath of a national media (temporary) fixation on high profile whites who once donned black face decades ago as students while attending parties, the street enforcers for political correctness trained their sights on the Zulu Pleasure and Social Aid Club in Treme.

For over a century, Zulu parade participants of all races have worn afro wigs and grass skirts and painted their faces black with white paint around the eyes and mouth.

Zulu organization officials maintain that the costumes and make up are intended to honor the Zulu tribe of South Africa and a preservation of the group’s roots as a working class organization whose members were too poor to buy masks like the white patricians who rode in the old line krewes.

But there have been other well circulated alternative stories about the costumes’ origin.

A story I had heard from various sources was that the Zulu king’s original “regal trappings” of a lard can crown and banana stalk sceptor was intended to mock the pretentiousness of the Rex folks.

Perhaps the truth is a mixture of the two narratives.

What is undeniable is that the Zulu parade is one of the signature events of New Orleans Mardi Gras.

As a kid I didn’t know who the Zulu king was, but I heard about him (and where you could find him) in Professor Longhair’s Carnival anthem Go to the Mardi Gras.

No other parade is as celebrated in song as Zulu.

You don’t hear the Rex-associated tune “If Ever I Cease to Love” on the radio.

One of my favorite moments from Mardi Gras was seeing Zulu’s floats for the first time while their armada was parked by Piazza d’Italia on a Lundi Gras evening in the late 1980s.

And Zulu’s distinct meandering route through predominantly black neighborhoods aside from an abbreviated run down St. Charles Avenue is a demonstration of its faithfulness to the organization’s roots.

Zulu is not just a parade; it’s a perpetuation of an elaborate tableau started by working class African-Americans during Jim Crow.

And Zulu was of such great importance that it lured Louis Armstrong back home to reign as its monarch in 1949.

Despite being one of the most acclaimed celebrities in the world, Satchmo gushed about the honor of seeving as king of Zulu.

As Mayor LaToya Cantrell road on a horse at the head of the parade (as have many other city and state leaders), who precisely is making so much noise hectoring the Zulu organization?

Who made Malcolm Suber mayor?

When Suber ran for councilman-at-large in 2007, the rabble rouser garnered a  microscopic 1%. Not exactly a mandate yet Suber has been empowered by Landrieu and the media as a voice of significance in public affairs.

Imagine if the LA Times had interviewed Charlie Manson on bond proposals. That’s the local equivalent of area media putting Suber on camera.

How does his isolated opinion merit the same weight of the 1500 riders on Zulu’s floats or the tens of thousands of people who arrive on the parade route at the wee hours of the morning to secure a good spot for the parade?

And if you think the brouhaha will end with costumes, you’re naive. The trademark decorated Zulu coconut will be next on the proscription list, for when it comes to totalitarianism no ism is more total than Marxism.

If Orleans Parish’s overwhelming black voter registeation didn’t pay any mind to candidate Suber, why should the city pay any more mind to the outside media?

Zulu can’t explain itself to the national press or the progressive political interlopers who demand conformity and obedience to their world view and whims.

And Zulu doesn’t have to.

Interested in more news from Louisiana? We've got you covered! See More Louisiana News
Previous Article Louisiana’s Last Execution Was In 2010, And That Doesn’t Work For Jeff Landry…
Next Article BATISTE: The Cultural Marxists’ Game Of Throws At Mardi Gras