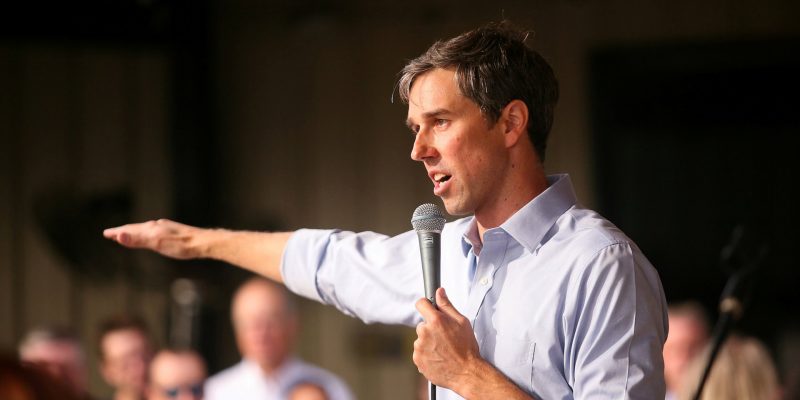 A failed U.S. Senate campaign appears to be a great launching pad for a presidential run as Congressman Robert “Beto” O’Rourke (D-TX) enters the 2020 Presidential race.

Rep. O’Rourke (D-TX) is a former El Paso City Councilman who has represented Texas’ 16th Congressional District in the the U.S. House since first being elected in 2012.

The presidential hopeful was defeated by U.S. Senator Ted Cruz (R-TX) in the 2018 General Election by a margin of 51% to 48%, too close for comfort for Texas Republicans. He was able to raise a shocking $80 million, a feat that could give him an edge in the presidential primary.

In a video alongside his wife, Rep. O’Rourke announced his campaign for President of the United States. It was an attempt at a uniting message with some leftist red meat mixed in.

One of the first agenda-items mentioned was “fixing our economy” which makes no sense given the economic boom the United States is currently experiencing.

O’Rourke says one priority is “ensuring that every single American can see a doctor,” which also makes no sense because no one in need is ever turned away.

Drawing the ire of conservatives everywhere, O’Rourke presented illegal immigration (he left out the word illegal) as “the best problem for this country to have.”

He claims that millions of Americans want to “squarely confront the challenge of climate change before it’s too late.”

O’Rourke said he will “unite a very divided country”.

He announced a kick-off rally in his hometown of El Paso on March 30th and promised to organize “the greatest grassroots campaign this country has ever seen.”

He closed by referring to America as the “last great hope on Earth.”

Well, at least we can agree on one thing.

Watch the announcement video for yourself:

I am running to serve you as the next president. The challenges we face are the greatest in living memory. No one person can meet them on their own. Only this country can do that, and only if we build a movement that includes all of us. Say you're in: https://t.co/EKLdkVET2u pic.twitter.com/lainXyvG2n

UPDATE: Rep. O’Rourke announced on Twitter that he has received donations from people in all 50 states. We will keep an eye on his fundraising and keep you updated.