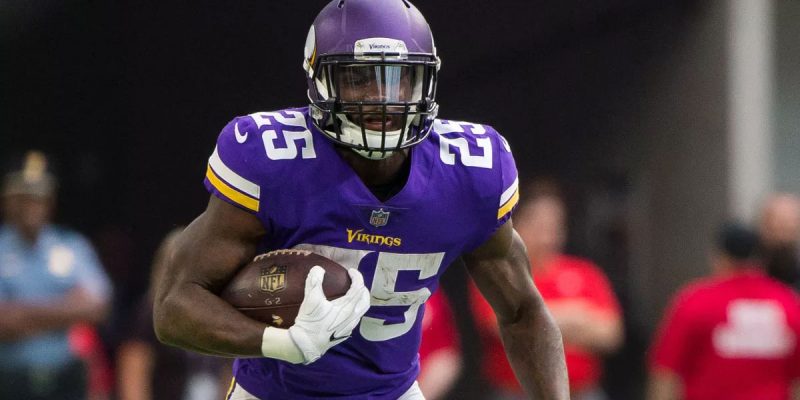 This won’t likely be a popular decision with the Who Dat Nation. It surely won’t be popular with Ingram, who has said he wants to re-sign with the team. But with Latavius Murray signing a four-year deal today it looks like the decision’s been made.

The Saints made their first big splash in the NFL free agency pool Tuesday with a new face at running back.

Latavius Murray, a 6-foot-3 bruiser, agreed to a four-year deal with the Saints, according to a report from ESPN’s Adam Schefter.

Murray, who played at Central Florida, spent two seasons with Minnesota and three seasons with Oakland. His most productive year came in 2015 with the Raiders when he ran for 1,066 yards.

The deal comes as longtime Saints running back Mark Ingram is a free agent, likely signalling the 29-year-old will head elsewhere for the first time in his NFL career.

Ingram is older and, one would imagine, more expensive than Murray. He made $4 million per year in his just-expired contract, and had said that he wouldn’t sign for anything less than $5 million per year. The team is getting Murray for $3.5 million, so that’s $1.5 million in savings.

But what price are they paying on the field for saving against the salary cap on a back to complement Alvin Kamara? Well, here’s Ingram’s career stat sheet…

With Murray career-wise you’re getting a bit less on a yards-per-carry average and yards per catch, and about the same with respect to scoring. He’s 6-3, 230 as opposed to Ingram at 5-10 and 215, so he’s more of a classic big back and perhaps a more stark contrast in style to Ingram.

And he’s younger and cheaper.

The fans won’t be crazy about this signing. But if you’re the Saints and you back this signing with a late-round draft choice spent on a running back, and there are a few pretty good options in this year’s draft, it might result in a little deeper running back room while spending less at the position.

And going forward that might be significant, as Kamara’s contract will come up for renewal at the end of the 2020 season – and he’s going to be a lot more expensive to re-sign than he currently costs ($1.05 million this year, $1.2 million next year).

Interested in more news from Louisiana? We've got you covered! See More Louisiana News
Previous Article Ever wonder why California leaders are so corrupt? Here’s 4 reasons why [video]
Next Article More than 200 Georgia high school students called in to get tested for tuberculosis after a student is diagnosed – the state’s third case in 2 weeks