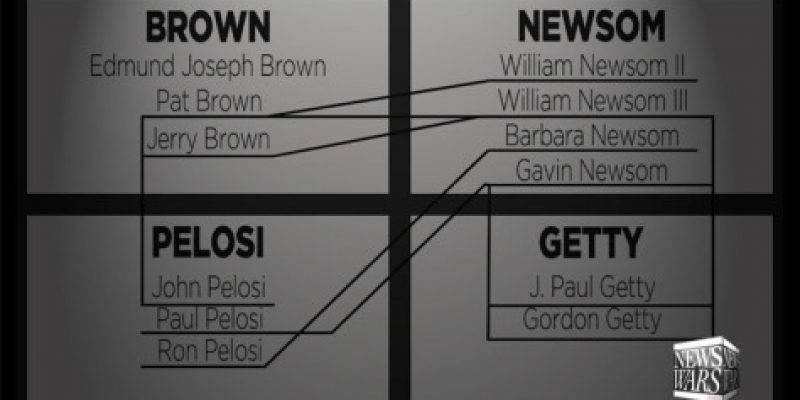 This is truly astounding. Who knew Nancy Pelosi’s father was linked to the New York Mafia?

Or that four billionaire Bay Area families connected by blood, marriage, money and politics–the Browns, Newsoms, Pelosis, Gettys– have controlled California for decades– to destroy it.

Is it any wonder that Pelosi is a billionaire who lives in a gated/walled complex?

The connections date back at least 80 years, to when Jerry Brown’s father, Pat Brown, ran for San Francisco district attorney, losing in 1939 but winning in 1943, with the help of his close friend and Gavin Newsom’s grandfather, businessman William Newsom.

One of the Pelosi’s sons, Paul, married Nancy D’Alesandro, who went into politics and has now reclaimed the speakership of the House of Representatives. Another Pelosi son married William Newsom’s daughter, Barbara. Until they divorced, that made Nancy Pelosi something like an aunt by marriage to Gavin Newsom (Nancy Pelosi’s brother-in-law was Gavin Newsom’s uncle).

Gavin Newsom’s father became the administrator of Gordon Getty’s trust, which helped fund and create the Plumpjack chain of restaurants and wine stores that Gavin and Gordon Getty’s son, Billy, developed. Newsom’s Plumpjack business financed his political career in San Francisco as its mayor, then as the California lieutenant governor and as governor.

This is the perfect example of white privilege. 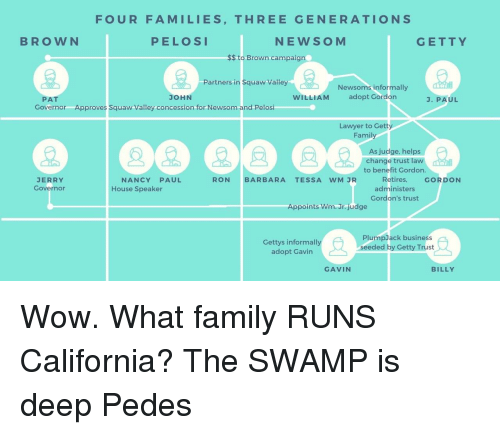 Interested in more national news? We've got you covered! See More National News
Previous Article Now There’s A Lawsuit Against HUD Over The Duplication Of Benefits Issue
Next Article Looks Like The Saints Have Gone In A Different Direction From Mark Ingram