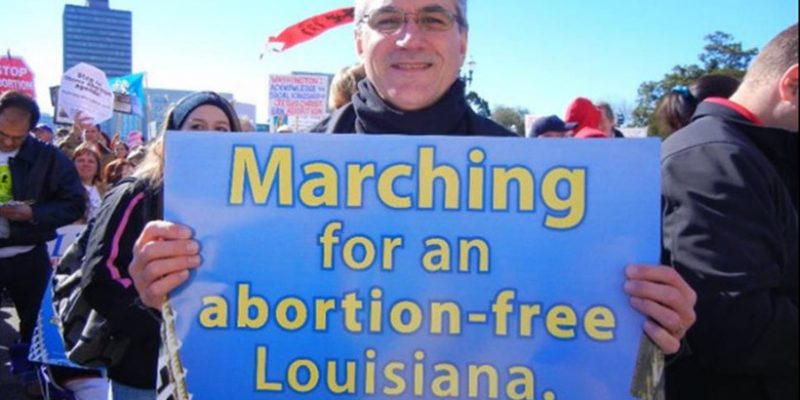 Louisiana is not last on this list. Abortion continues to decline in the bayou state where a culture of life is propelled by a prominent faith community.

The good news is that there were 8% fewer abortions in Louisiana when comparing 2018 to 2017. That adds up to more than 600 living babies that may not have been the year before.

The bad news is that means that over 8,000 babies were still robbed at of their chance at life.

The news marks a 10-year low and the fourth consecutive year that abortion has declined in the state, proving the effectiveness of pro-life legislation to curb abortions.

Louisiana Right to Life made the announcement Friday afternoon to the relief of more than 30,000 Facebook fans:

Some pro-lifers expressed their approval by commenting “Amen” while others said “not enough”.

Planned Parenthood’s website says the state is “part of a dangerous trend”:

“What is happening in Louisiana is part of a dangerous national trend. With these same dangerous restrictions enacted in neighboring states, the United States is becoming a country where a woman’s ability to make personal medical decisions without interference from politicians will be dependent upon where she lives.”

According to NARAL’s wesbite, 63% of Louisiana women live in a “county” with no abortion clinic.

Interested in more news from Louisiana? We've got you covered! See More Louisiana News
Previous Article Javonte Smart Is Cleared To Play For LSU Today, But Will Wade Won’t Be Coaching…
Next Article What To Make Of Richard Lipsey’s Demands For A Housecleaning At LSU?