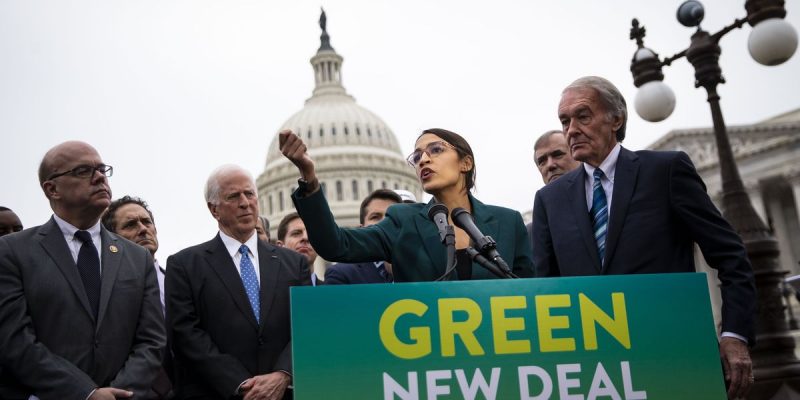 “It is the duty of the Federal Government to create a Green New Deal,” a new bill proposed by Democrat Alexandria Ocasio-Cortez, D-New York, and Edward Markey, D-Massachusetts, begins.

But that duty carries a price tag of at least $600,000 per U.S. household, according to a new studyproduced by the center-right think tank the American Action Forum. The bill could cost between $51 trillion and $93 trillion over ten years, according to AFF. The costs are not only unsustainable, AFF argues, but they are expected to increase over time.

The Green New Deal (GND) includes a 10-year transition to an exclusively low-carbon energy electricity grid and the creation of enough high-speed rail transit to eliminate the need for air travel. 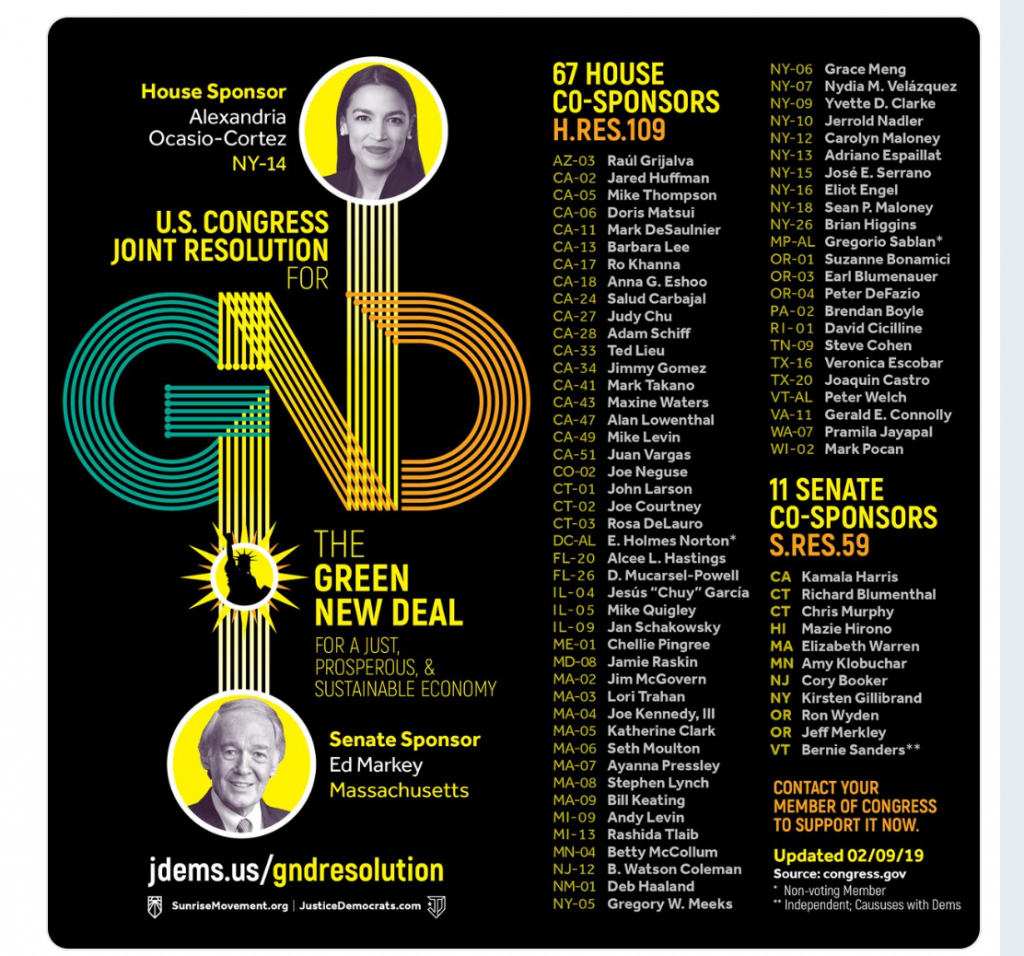 But it also proposes sweeping policy changes unrelated to climate policy. It stipulates guaranteeing union jobs with a “family-sustaining wage,” providing “adequate” family and medical leave, paid vacations, and retirement security to everyone in the U.S.

It also would implement a federally funded universal health care system, guaranteed housing and food security programs for everyone in the U.S.

The social impact of the bill, AFF says, “would likely exceed its enormous price tag because of its expansive re-engineering of social norms, policy processes, and key institutions.”

In it, they write the Green New Deal’s “further expansion of the federal government’s role in some of the most basic decisions of daily life, however, would likely have a more lasting and damaging impact than its enormous price tag.”

Many of the proposals are redundant, the AAF argues, which complicates a precise analysis, “as the interactions are difficult to predict.”

The authors evaluated each aspect of the proposal and its estimated costs to taxpayers. When it comes to clean energy, AAF estimated that to transition to a power sector that has net zero emissions of greenhouse gases in 10 years a capital investment of $5.4 trillion would be needed by 2029. In addition, the annual operation, maintenance, and capital-recovery costs would be $387 billion, the authors calculated.

They concluded that to implement the bill’s low-carbon Electricity Grid proposal would cost $5.4 trillion and each household $39,000.

“To put these costs in perspective, total retail revenue in the electric power sector was $390 billion in 2017,” the authors state.

Guaranteeing jobs for everyone in the U.S. could cost anywhere from $6.8 trillion to $44.6 trillion—and each household between $49,000 and $322,000, amounts far above the median U.S. household income.

Under the new plan, all health insurance-related costs would be transferred to the federal government. The new single-payer system would eliminate consumer choice compared to how insurance is currently administered, AFF notes. As a result, “there would be no plan choices outside of an actuarial value range that is comparable to the current actuarial value of Medicare,” the report states.

“In addition to the tax cost and diminished choice, one would expect decreased access to providers, particularly among those who currently have health coverage,” the authors state.

Whether or not the bill passes the House, it is unlikely to pass the Republican-controlled Senate.