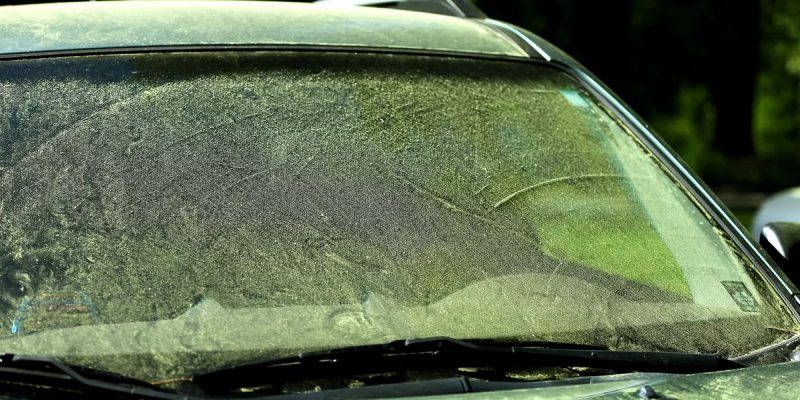 We might have just reached Peak Stupidity, and we’re not even talking about how Will Smith isn’t qualified to play Richard Williams in a movie about Venus and Serena because he’s too light-skinned. No, this is even more ludicrous than that, if you can believe it. Peak Stupidity is Darnell McPherson, the mayor of Lamar, South Carolina, who says she’s a victim of a hate crime because her car was covered with pollen.

The mayor of a small town in South Carolina remains adamant that she was targeted in a hate crime despite police determining that the yellow substance found all over the car was pollen.

Darnell Byrd McPherson, the mayor of Lamar, told Newsweek that she filed a police report on Feb. 7 claiming that a “yellow, sticky substance” had been found all over her’s and her husband’s cars.

“I likened it as a hate crime because No. 1, there’s a history in our town of Lamar,” she said.

In a statement to a local ABC affiliate, Ms. McPherson claimed that during the 1970s, “crosses were burned in the yard of our home when my Mother was involved with the civil rights movement. On this very same corner in this very same front yard!”

From burning crosses to pollen on your ride – we shall overcome! But the police are still horribly racist, though…

Ms. McPherson complained that police never took a sample of the substance on their cars before they were cleaned the next day.

“The substance wasn’t saved and the cars were actually cleaned — pressure-washed twice — there was no substance, and so they didn’t have it for the investigation,” the mayor told Newsweek.

“It’s something,” she said. “Something that’s sticky that’s stuck to my car and took two different solutions to get it off.”

“We found it to be pollen,” he said. “There was no reason for us to collect a sample.”

Seems like the mayor should be in charge of the investigation, as she’s got a line on who the villain might be…

Ms. McPherson insisted that the incident was some form of targeted vandalism and had “a possible suspect in mind at the time,” so police then referred the case to the South Carolina Law Enforcement Division, or SLED, Lt. Kilgo said.

A SLED spokeswoman told Newsweek that an investigation was not subsequently launched “because we did not believe a crime occurred.”

“We reviewed the incident report, but we did not open a formal investigation,” SLED said.

In her statement, Ms. McPherson acknowledged that the substance looked like pollen but said others told her it looked like spray paint.

“Again, we are grateful the person or persons did not try to take our lives but the culprits will be identified and prosecuted,” she said. “Love conquers hate and my husband and I refuse to be intimidated by those who perpetrated this act of vandalism which I classify as an act of hatred.”

“What do we need to do in Lamar? I say, we need to come together,” she said.

The fun part to this is you can’t make light of this stupidity, or else you’re racist just like the oak trees in Lamar who dusted her car with that pollen.

Thankfully, Miz McPherson and her husband escaped grievous injury from this incident. Our collective intelligence might never recover, however.

Interested in more national news? We've got you covered! See More National News
Previous Article Louisiana ranks No. 47 in K-12 education analysis
Next Article Guess which state leads US in people moving out …