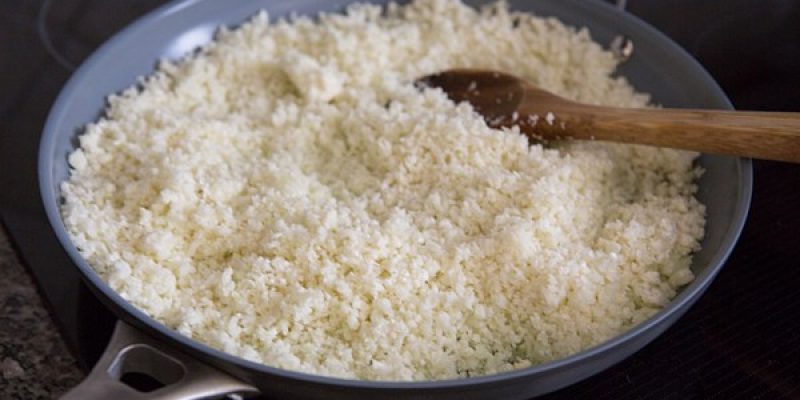 The Arkansas state government has passed legislation to protect its citizens from cauliflower rice. The state legislature passed and Governor Asa Hutchinson has signed into law a bill that bans the use of the phrase “cauliflower rice” in marketing.

Arkansas became the sixth state to sign “truth in labeling” legislation, barring plant-based products from labeling themselves with “meat” or “dairy” terminology, but The Natural State took their efforts one step further. Arkansas Gov. Asa Hutchinson also banned food manufacturers from marketing a product as “cauliflower rice,” if it doesn’t contain any actual rice at all.

Arkansas is the nation’s top rice producer, and rice farmers across the state are growing concerned that the cauliflower rice trend will start to mirror the growing non-dairy milk market’s effect on the dairy industry.

“That’s not milk,” John Hamilton, a White County rice farmer, said in his testimony to the committee. “And I don’t want to see rice get into a situation where we’re having to fight this fight for 20 years like the dairy industry has.”

Similar to the proponents of these “truth in labeling” laws across other states, supporters say this bill will help discourage deceitful marketing to unknowing consumers.

Why did Arkansas pass this law? According to the state rep that wrote the bill, it was to protect the consumer.

“This law only affects people who want to deceive the public about how their food originated,” State Rep. David Hillman (R-Almyra) told the Arkansas Democrat-Gazette. “And if you’re not trying to deceive the public, this will not affect you or any of the outlets who sell these products.”

It’s hard to believe that anyone in Arkansas who buys “cauliflower rice” actually thinks it is real rice. By this logic, Arkansas will have to pass a law against the use of “peanut butter.” After all, butter is only a dairy product and cannot come from peanuts.

This law also likely violates the First Amendment’s protections of free speech. This is a clear infringement on the speech of marketers that serves no purpose except to protect special interests.

Cauliflower rice makers, along with soy milk and almond milk makers, should be able to call their products what they want to call them. Consumers do not need a nanny state in service to special interests telling them what they can and cannot eat.