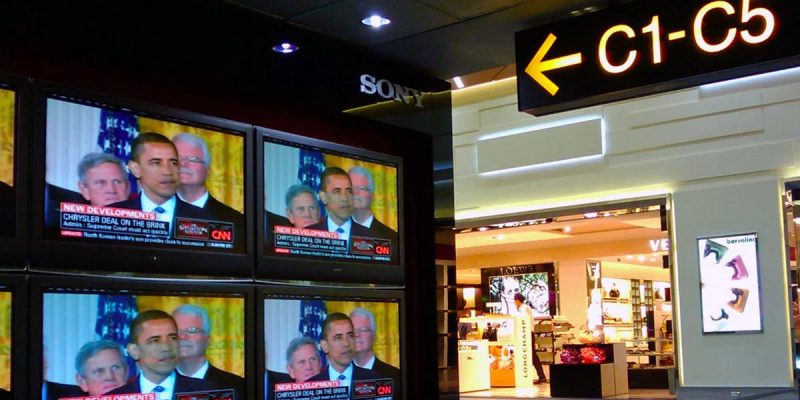 Just as the Jussie Smollett Journalism/Entertainment Farce Vol. 2 (feat. State’s Atty Kim Foxx) was rolling out, the series finale of a much grander and more expensive production aired with the release of the Mueller Report.

For years a completely absurd set of allegations presented as facts dominated the airwaves and paralyzed the executive branch, specifically that the President of the United States of America was 1) a compromised tool of Moscow (New York Times November 29, 2018), 2) had colluded with Russia as a candidate (January 26, 2019), and 3) was an agent of Kremlin (NY Times article January 11, 2019).

Had these stories been classified as paid political advertisements and not “journalism” or “entertainment,” the onslaught of Trump-Russia smears would have represented an unprecedented multibillion dollar negative ad campaign that would have even strained Michael Bloomberg’s wallet.

But as peddled as “news” these narratives harkened back to the propaganda sheets of Pravda and the unintentionally hilarious articles on the North Korean news website.

The Russia sham has been the “Birther” moment of the Left and the established media, except that the latter trashed anyone who entertained any inkling of thought that the Barack Obama had been born overseas while preaching Trump-Putin collusion as gospel.

And after a thorough $40,000,000 background check that sent people to jail and/or the poor house for accused criminal activity that had nothing to do with a Trump-Russia connection, shameless Democrats have cried for the “long form,” the unedited Mueller Report – which they should not receive.

Because it is a taxpayer funded opposition research report compiled by US Attorneys armed with the full power of the federal government.  Considering that one of the primary justifications for the investigation was a Democratic-funded questionable dossier, the whole document ought to be buried as a sad reminder of when the party out of power, the press, and the permanent federal bureaucracy had collectively soiled themselves and abused the public trust.

Thus far the investigation into Trump and members of his business and political world has turned up more incriminating evidence on his bureaucratic adversaries in the “deep state resistance” and the governmental institutions that they’ve turned into a Maginot Line with the guns pointed down Pennsylvania Avenue.

Mueller’s job was to determine if there was collusion between candidate Trump and the Russian government and years and millions of dollars later came back with a simple answer: no.

And that should be sufficient for that was the task he was assigned.

The Beltway creatures have been exposed as partisan fraudsters but what about the national press who have compensated them for promulgating their slanders?

The only way the “Fourth Estate” will ever have even a brush of accountability from this is through individual “cancelling;” that is, reasonable people who are rightfully disgusted need to stop patronizing the purveyors of leftist propaganda.

Don’t subscribe to the newspapers and periodicals who tipped their ideological leanings through discredited sensationalist headlines and don’t watch television channels whose news desks pushed the Trump-Moscow party line.

Don’t even click on websites that perpetually rained so many Trump-Russia “bombshells” that the established news rackets’ credibility looked like Dresden after a visit from the RAF.

Avoid glancing at the airport television screens featuring CNN, a challenge as the journalism-deficient cable network is omnipresent in terminals across the country.

The First Amendment allows the rigged media outlets to profiteer though it does not obligate us to support their antics nor does it prohibit Americans from justly criticizing them.  After eight years of “obey and conform lest you are a racist,” the media has returned to their W-era identity of encouraging the most obnoxious “patriotic” dissent imaginable, with no violent language or genitalia foam costume being too extreme.

However the feature concluded not with the desired euphoric climax but abrupt disappointment, leaving their fantasy of seeing President Trump (and his children) marched out of the White House in handcuffs unfulfilled.