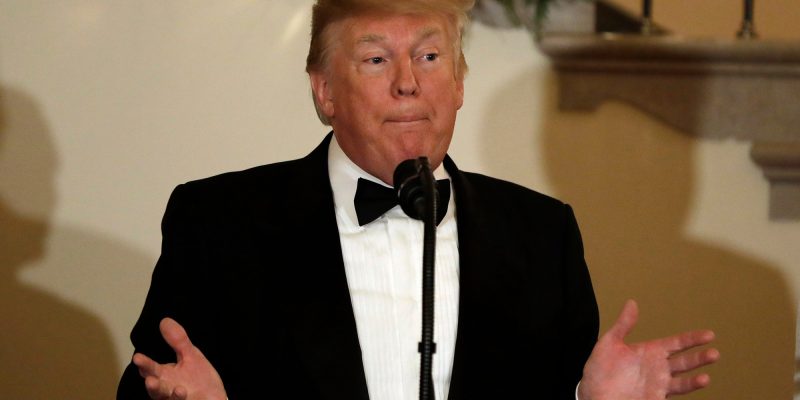 Attorney General William Barr announced Saturday the conclusion of Special Counsel Robert Mueller’s investigation into Russian interference in the 2016 Presidential Election including any involvement of President Trump or members of his campaign.

Immediately following the announcement, President Trump provided the following comments in a video posted to Facebook with the banner “TOTAL EXONERATION!” across the screen. The President says,

“It was just announced that there was no collusion with Russia, the most ridiculous thing I’ve ever heard. There was no collusion with Russia. There was no obstruction, none whatsoever. And it was a complete and total exoneration. It’s a shame that our country had to go through this. To be honest, it’s a shame that your President had to go through this for, since before I even got elected it began… This was an illegal take-down that failed.”

He also posted the following celebratory tweet, closing with a much-anticipated sequel to his “Make America Great Again” slogan of 2016- “Keep America Great!”

Republicans in Congress and around the country celebrated the news before quickly preparing to flip the narrative against the Democrats and take the offensive for the first time since losing the House last November. Many of them emphasized the following sentence from Attorney General Bill Barr’s statement on Special Counsel Robert Mueller’s report:

“The special counsel’s investigation did not find that the Trump campaign or anyone associated with it conspired or coordinated with Russia in its effort to influence the 2016 Presidential Election.”

It appeared to be a well-organized offensive with Republicans across the country highlighting what a waste the entire Mueller investigation truly was with the following talking points:

Some Democrats have responded in disbelief, vowing to investigate the investigation while others like Hillary Clinton tried to pivot the national debate in a new direction like “climate change”.

“The Democrats WASTED 2 years and $25 Million of YOUR money! NO COLLUSION. NO OBSTRUCTION — COMPLETE EXONERATION. Fight Back!”

Trump is right, Russia-gate surely graced the headlines of many Democrat fundraising letters over the last two years. And if Americans react the way he expects them to, the President and congressional Republicans will be able to cash-in on the nation’s sick-of-it attitude from being lied to for two election cycles.

With an approval rating already bubbling close to 50%, President Trump’s prospects and that of his party have never looked better.

Interested in more national news? We've got you covered! See More National News
Previous Article If You’re In South Baton Rouge, Don’t Forget To Save Denise Amoroso On Saturday!
Next Article SERIOUSLY?! The Louisiana Legislature Is Going To Debate Milk