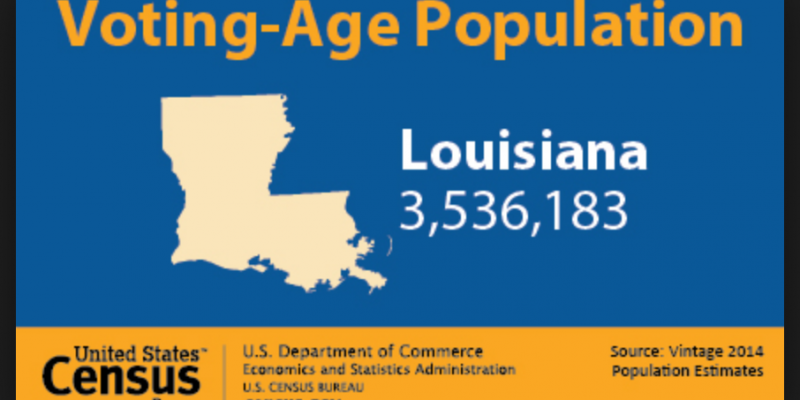 The U.S. Census Bureau released population estimates this week– and Fort Polk South area in Vernon Parish reported the largest percentage of population loss in the U.S. of 3.4 percent.

Fort Polk South is considered a “micropolitan statistical area,” an urban area with at least 10,000 residents but fewer than 50,000.

This comes after news released by the bureau that statewide, Louisiana lost an estimated 10,840 residents during that same period, and was one of nine states that lost population year over year.

Other metropolitan areas reporting losses include:

Two of the 10 fastest-growing major metro areas are in Texas: Midland (first), with 4.3 percent growth, and Odessa (fifth), with 3.2 percent growth.