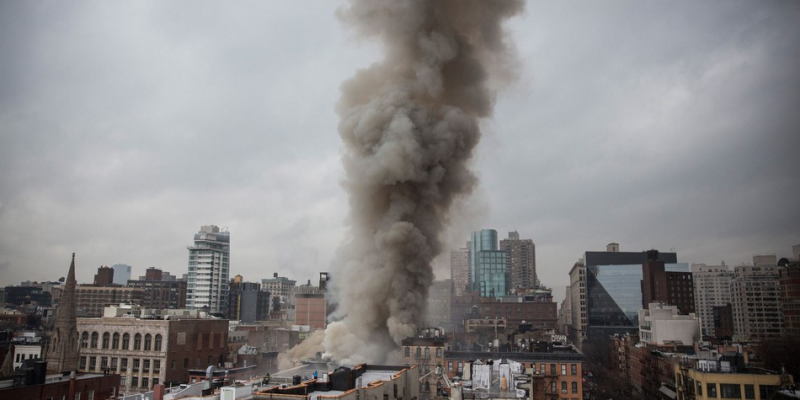 In his State of the City address this week, Austin Mayor Steve Adler expressed worry that the notoriously liberal Capitol City’s “golden moment” may be foiled by a war on cities waged by Republicans.

Austin is booming, and to that the kindly Adler is correct. But Adler, who traveled to South Bend, Ind., Sunday to endorse fellow Mayor Pete Buttigieg for President, decried efforts by the Texas Legislature to trigger democratic elections when taxes increase by more than 3.5%, fearful that the citizens of Austin would vote down tax increases during periods of economic vitality (recent election results have shown the opposite — voters even shot down an external audit of the city’s finances).

“Austin is doing well, and we are so poised to do such great and big things. And it breaks my heart that the largest, looming risk we face is our own state government. It’s a self-imposed and manufactured threat […] Austin is a magical city because of our people and their strong grasp of our culture and values. It truly is a special city because we are dedicated to using the economic strength of our moment to power an almost singular focus on equity in a way unparalleled among big United States cities. Unless, of course, state government is successful in upending our success. That threat is large and immediate and today casts a looming shadow over our city and cities across Texas.”

Adler suggested that public safety would be among the first cuts made if the people of Austin were to vote down a tax increase exceeding 3.5%. Nevertheless, Adler advocated in his speech for expanded commuter rail opportunities for the city of around a million people and a revamped land-use code.

From the hip: City leaders like Mayor Adler should not be given a free pass when playing the victim card. If a war exists at all, then it must be pointed out that war must involve two parties. Cities are co-combatants, and are fighting hard as the states become more strongly conservative and cities more liberal. According to the National Conference of State Legislatures, out of 7,383 total legislative seats, 3,830 (52%) are Republican. When looked at in terms of control, 62% of chambers are Republican-controlled and a roughly equal number of legislatures and assemblies are GOP-led. Republicans now control 22 state legislatures and Democrats 14, with 13 in flux. Cities, as bastions of liberal policy and social experimentation, have also made no secret of their war on the Trump Administration especially in regard to “sanctuary city” policies and the border wall, not to mention allowing men in women’s showers and restrooms. Municipalities in Texas are incorporated by the state and are rightly regulated by the state within reason and when it is in the interest of the taxpayers.