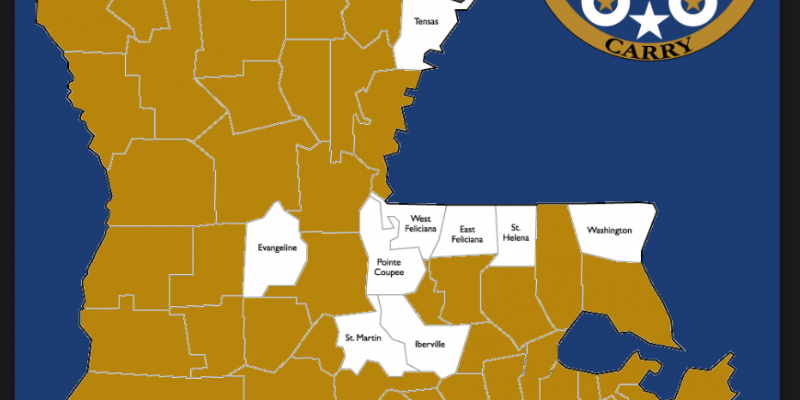 The majority of Louisiana residents polled (59 percent) favor legalizing sports betting, and marijuana (55 percent) according to a recent LSU 2019 Louisiana Survey. The survey also found that 57 percent of those polled oppose an assault weapons ban and 59 percent want concealed carry permits to be expanded to additional locations in the state.

The poll was conducted by LSU’s Reilly Center for Media & Public Affairs, with a margin of error of 4.6 percentage points.

Legislators rejected a bill that would have legalized sports betting in the state last year but are considering the issue again this year.

The majority of Louisiana residents polled, 55 percent, support legalizing the possession of small amounts of marijuana for recreational use, with the majority of supporters being under age 30.

Eighty percent of 18- to 29-year-olds and 67 percent of 30- to 49-year-olds support legalizing recreational use of marijuana, compared to 69 percent of residents who are 65 years or older who oppose it.

Louisiana currently is in the process of making available medicinal marijuana products. Several proposals are pending in the Legislature that could lead to legalizing marijuana, although Gov. John Bel Edwards says he opposes it.

When it comes to guns, 57 percent of Louisiana residents oppose banning the sale of assault weapons, and 61 percent oppose banning high-capacity ammunition magazines, according to the LSU poll. A majority, 69 percent supports preventing people with mental illness from purchasing guns.