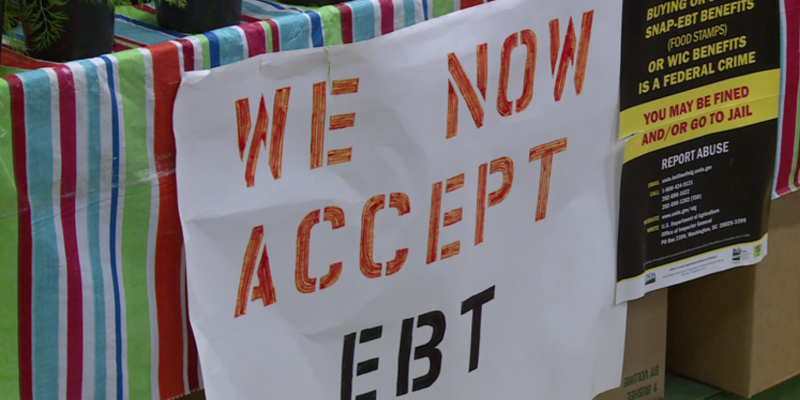 A record high 4.1 million able-bodied adults without dependents are enrolled in the federal food stamp program, more than half of whom receive benefits by states waiving the federal work requirement, according to new report by the Foundation for Government Accountability (FGA).

The report notes that despite record-high employment levels and a booming economy, the number of able-bodied adults who receive food stamps is more than four times as many as those enrolled between 2000 and 2008.

Federal law generally requires able-bodied adults without dependents to work, train or volunteer at least part-time to maintain food stamp eligibility. This includes non-pregnant adults between the ages of 18 and 50, who are mentally and physically fit for employment, and who have no dependent children or incapacitated family members living at home.

According to its Waivers Gone Wild: How States Are Still Fostering Dependency, states have abused the waiver process by combining geographic areas to bring the employment numbers down, and by using old data to apply to the USDA, which administers the program, to waive work requirements.

Nationally, out of the more than 1,100 waived jurisdictions in January 2019, only 23 had unemployment rates over 10 percent, the level required by federal statute, FGA notes, with 1,000 having unemployment rates under six percent.

In Illinois for example, state officials combined 101 of the state’s 102 counties into a single geographic area to submit a work requirement waiver, although many of the waived counties did not independently qualify, in order to ensure food stamp recipients would not be required to work or volunteer according to federal stipulations.

“This logic assumes that there are only two economic ‘areas’ in Illinois: DuPage County – a single county in the Chicago metropolitan area – and the rest of the state,” FGA states. “The waiver treats cities like Belleville and Bolingbroke, Chicago and Cairo, and Marion and Moline as if they are all part of the same economic region, despite the fact that these cities are hundreds of miles apart.”

In Illinois, 414,204 able-bodied adults without dependents receive food stamps yet only 9,580 are subject to work requirements. FGA calculates that 74 percent of Illinois residents receiving food stamps are not working.

In Louisiana, the percentage of able-bodied adults without dependents receiving food stamps and not working is 76 percent, according to the report. The report states that Louisiana officials grouped 64 parishes with varying unemployment rates, many of which would not have qualified for waivers had they not been grouped together.

Louisiana’s statewide unemployment is 5 percent, as of November 2018.

In Nevada, the percentage of food stamp recipients not working is 72 percent. Nevada’s waiver relies on data from June 2016, FGA notes. If accurate and timely data were used, fewer waivers might be approved, FGA states, pointing out that Nevada’s unemployment rate is at near-record lows.

Eureka County, for example, reports an unemployment rate of 2.4 percent as of November 2018, but its work requirements are completely waived.

The percentage of food stamp recipients not working in other states is similarly high, the report details.

“Officials from multiple states have admitted that they request ‘waivers in as many parts of the State as possible’ as a way to ‘minimize the areas’ subject to the work requirement,” the report states.

States have also used software or analyses prepared by the left-wing, George Soros-funded Center on Budget and Policy Priorities to submit geographic-area waivers to receive exemption from the federal work requirement.

The USDA has proposed revising a federal rule to limit waiver abuse.

“This research shows clearly that states continue to exploit loopholes in the food stamp program in order to let able-bodied adults avoid basic work requirements,” Sam Adolphsen, vice president of executive affairs at FGA, said. “The Trump administration has taken steps to close these loopholes, but more can be done to move millions back to the work. Waivers from work should be limited to areas where there are not enough jobs within commuting distance. This will help the Trump administration move millions off welfare and into the workforce.”