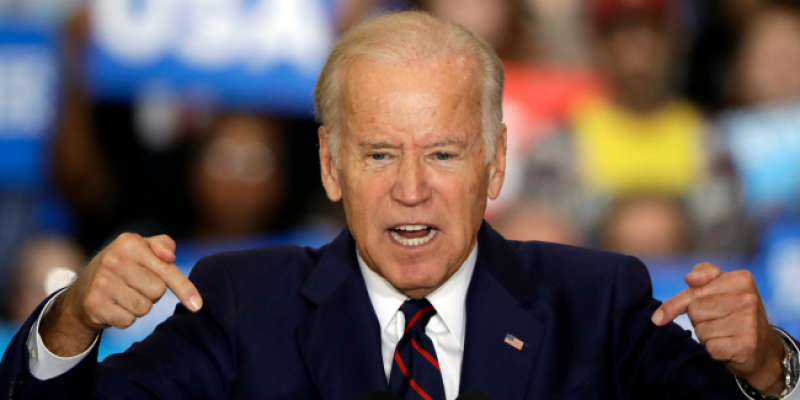 Former Vice President Joe Biden, 76, is throwing his hat into the crowded field of contenders vying to become the 2020 presidential nominee of the Democrat Party.

The news comes from sources close to Delaware’s former U.S. Senator who claim that the announcement could come as soon as Wednesday morning in the form of a campaign video.

Biden’s entry into the race will all but guarantee his first place start at around twenty-five percent where several polls have shown him up to this point even without an official campaign. The down side? While he’s been planning, his rivals have already raised millions of dollars.

The 47th Vice President will enter a race with no clear leader and one that has been awaiting his arrival. He will be fill the moderate role, let’s call it the Hillary role for simplicity sake. At the same time, ultra-liberals Bernie Sanders and Elizabeth Warren will continue fighting for far-left votes.

In a recent interview, Biden used an O.J. Simpson-like maneuver to avoid to million dollar question:

“I’ve been told by the lawyer that I’ve got to be careful what I say so that I don’t start the clock ticking and change my status… even if i knew for certain that I was going to run for President back in Thanksgiving, my intention from the beginning, if I were to run, would be to be the last person to announce, give everybody else their day and then I get a shot and then we’re off to the races.”

Joe Biden’s potential as a strong candidate has brought harsh scrutiny with it. Allegations of sexual harassment have plagued the early stages of Biden’s campaign after multiple women made their accusations public in recent months.

The former Vice President has been, for all intents and purposes, running for President since 1988 when he first sought the Democrat nomination for the nation’s highest office. Biden has never been able to even break into the top five but he has never had as much political capital as he does today.

If calmer heads prevail within a leaderless Democrat Party that is in desperate need of an alternative to openly socialist candidates, Biden may finally find the path to his Party’s nomination.

Interested in more national news? We've got you covered! See More National News
Previous Article Texas budget is the opposite of anything conservative
Next Article SADOW: Perkins Practicing Politics As Usual On Steroids With Contracts, Appointees