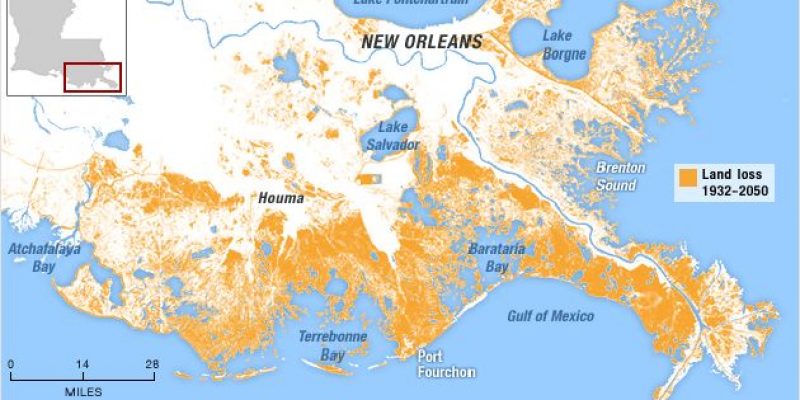 New Orleans Mayor LaToya Cantrell’s lawsuit against one of the state’s largest utility companies is a recipe for disaster, critics claim.

The lawsuit is among dozens filed against oil and gas firms by six Louisiana parishes, which are all pending before federal judges in New Orleans and Lafayette.

“New Orleans has been harmed,” Cantrell said in a statement. “The people of our city have been harmed, and our way of life is threatened by the damage done to our coastal wetlands. If current trends hold, New Orleans will be a literal coastal city within the next 50 years – with no protective land barriers.”

“We are filing this lawsuit to ensure that the residents of Orleans Parish are safe, our economy is protected, and to help restore our coast,” City Attorney Sunni LeBeouf added.

But the impact of these companies on the local community is completely different than what Cantrell claims, Marc Ehrhardt, executive director of the Grow Louisiana Coalition, responded. “Nothing good comes from suing an industry that means so much to New Orleans. Right now, there are more than 1,600 New Orleanians and a couple hundred New Orleans-based businesses working in the energy industry. These businesses employ citizens from every corner of the city.

Lawsuits such as this don’t build relationships, he continued.

“They end them. If this issue were about truly working together on coastal management and building, then the city would recognize that New Orleans’ energy industry is already a dedicated partner in addressing Louisiana’s coast,” Ehrhardt said. “The industry is also one of the largest partners in dozens of the city’s most recognized community efforts, including ground-breaking partnerships like NORDC, GNO Inc., and ongoing programs with local schools, non-profit and environmental organizations here.”

Similar coastal lawsuits filed in 2013 were thrown out of federal court four times, including a final decision by the U.S. Supreme Court. Existing coastal lawsuits have languished in the court system for five years after they were first filed.

“With the filing of this lawsuit, the City of New Orleans sends a message to oil and gas they’re closed for business,” Tyler Gray, president of the Louisiana Mid-Continent Oil and Gas Association (LMOGA), said. “Unnecessary legal tactics threaten the community investment and cultural support the industry has provided for over a century, which they can now potentially lose, as they wait for several years, as other parishes in the state have, for this to work its way through the judicial process.”

LMOGA maintains the City of New Orleans has disregarded its environmental stewardship, instead “relying on profit-motivated lawsuits to make a quick buck.”

Entergy is the only Fortune 500 company headquartered in New Orleans. New Orleans levied a $5 million fine on Entergy for allegedly hiring paid actors to demonstrate support before the City Council for its plan to build a new power plant in New Orleans East.

Gifford Briggs, president of the Louisiana Oil & Gas Association, said the lawsuits were self-serving and “nothing more than a trial lawyer’s version of Hadacol; they promise snake oil to heal all your ailments, but do nothing other than line the peddlers’ pockets.”

“Lawsuits like this have historically failed, but not before hurting local economies by driving away job creators,” Baehr said. “Louisiana’s status quo approach to lawsuits has not only worsened the damage to our already struggling economy, it is also directly benefiting our neighbors who have passed common sense legal reform into law.”

Baehr points to Texas Gov. Gregg Abbott thanking Louisiana leaders a few weeks ago for “chasing jobs out of our state and growing Texas’ economy due to our uninviting legal and regulatory environment. No wonder more than 500 people moved into Texas each day last year for opportunity, while 1,000 residents left Louisiana every month.”