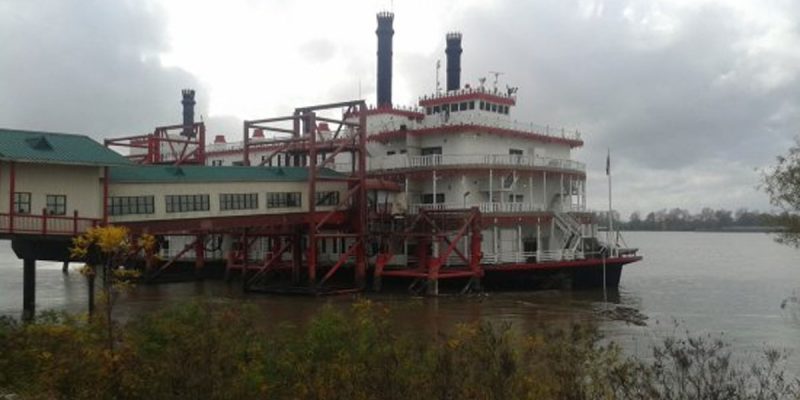 You can lead a Louisiana riverboat casino to water, but you just can’t make it locate near or in it.

An extensive study prepared for the Louisiana Department of Economic Development tries to point boats in certain directions. It reviewed all forms of gaming in the state (not “gambling;” recall that the state Constitution says the Legislature is to suppress that) and concluded that, as the casino market dominated state gaming, only changes here could substantially stop the slide in gaming revenues from existing sources since 2008 (LED’s study does predict a bump from adding sports betting this coming year).

LED outlined a strategy, with one part right on the pulse of policy-making. That recommendation tracks efforts to loosen restrictions on the land-based casino in New Orleans, principally in allowing it to add a second hotel to its operations. Local officials and lawmakers seem ready to sign off on that this year after encountering problems last year.

However, another part advocates moving two of the 15 (the maximum number permitted under law) existing boats from northwest Louisiana to northeast Louisiana and to the north shore of Lake Pontchartrain. This would stem gambler leakage to Mississippi boats, which have a competitive advantage with a lower tax rate on winnings and promotions. The study also assumes at least a couple of boats will turn amphibian and crawl onto land, permitted after a change in statute last year that has the effect of increasing gaming space and presumably revenues and taxes thereof.

This course of action has its difficulties. To date, even though policy-makers anticipated it would happen not long after passage of the enabling legislation, none of the riverboats officially have asked the Louisiana Gaming Control Board permission to relocate onto the banks next to wherever they currently float.

That may change, but the environment for boats moving seems quite hostile. The study argues that the Caddo-Bossier market has become oversaturated due to competition from Oklahoma tribal casinos, and could deteriorate further depending upon what Texas and Arkansas do. Thus, it calls for the two weakest sisters in the market – which have two of the four lowest takes in the state and the two lowest average revenues per customer – to decamp.

Of course, the state can’t make the boats move, and the current owners of each seem distinctly cool to the idea. Moreover, the destinations desired in the report seem unlikely to pan out.

The 1995 law authorizing boat berthing doesn’t even permit the only realistic location in northeast Louisiana, the Ouachita River in Ouachita Parish, to have one. Further, it seems unlikely any of the three rural parishes on the Mississippi River, which had local option elections that permitted this kind of gaming, would act cost-effectively as sites. On Lake Pontchartrain, St. Tammany Parish outlawed riverboat gaming, leaving just rural Tangipahoa, which has no cost-effective shoreline on which to place a boat.

And it seems unlikely these dynamics will change. Last year, a bill to introduce a casino boat to Ouachita never even received a hearing, and nothing like that has surfaced this year. Another bill that would have designated the small stream that is the Tangipahoa River in Tangipahoa as riverboat-capable at least got a hearing, only then to be shot down. Policy-makers in St. Tammany can’t even bring up the subject without getting shouted down.

All in all, riverboat casinos in Louisiana look set to stay put in every sense of the word despite the report’s recommendations. That seems especially likely for the foreseeable future while the expansion of gambling that occurred last year with legalizing sports fantasy games in many parishes gets worked out, as well as in the coming one that extends to sporting events.