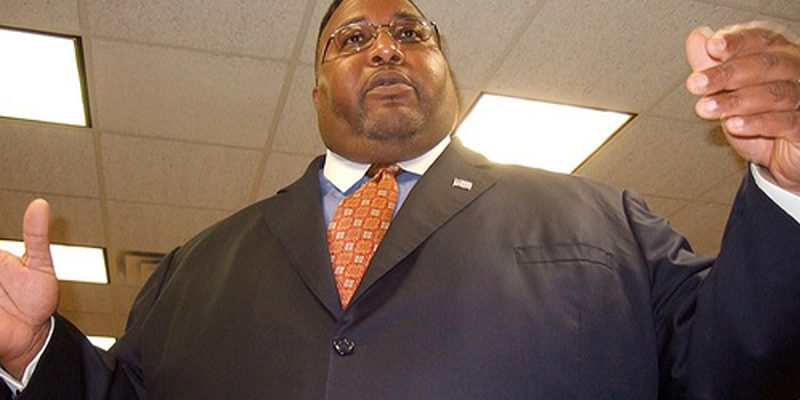 Glover, who didn’t graduate from college, filed HB 470 for the regular session of the Louisiana Legislature that would detach my employer Louisiana State University Shreveport from the System and merge it into the University of Louisiana System’s Louisiana Tech University. It’s a bad idea on a number of levels, although Glover claims it would bring more “comprehensive” higher education to the Caddo/Bossier metropolitan area. Notably, as Shreveport mayor from 2006-14, Glover did next to nothing to promote or assist LSUS.

That bill will go nowhere (especially as it requires a supermajority to pass). No other legislator has desired to co-author it, significantly including neither LSUS’ representative Thomas Carmody or its senator Barrow Peacock, both Republicans who seem quite cool to the idea. No groundswell among policy-makers, or even from Tech, clamors for its support.

But if he can’t have his vision of area higher education enacted into law, he’ll try to propagate it in a symbolic way. He also has filed HCR 24, which asks that the Board of Regents study higher educational provision in northwest Louisiana, with an emphasis on plunking down a school of law in the area.

In his remarks about that instrument, Glover noted, as have many policy-makers over the decades, that area law students must travel at least 200 miles to study. Considering within just over 100 miles from the metropolitan area roughly three-quarters of a million Louisianans live, a market for this field of study certainly appears there. About a decade ago, Louisiana College planned to start such a school, but turmoil over the college’s accreditation and controversy over its then-president whom the college eventually fired scuttled that effort.

Yet if Glover really wants to bring graduate legal education to the area, he advocates about the worst way possible to do it. His idea would have Southern University establish a second law school campus there, which by necessity would have to stand alone from Southern University Shreveport because the latter is a community college.

By contrast, LSU already has graduate medical education in the area, and LSUS offers bachelor and graduate degrees. Feeding off the LSUS merger idea, given the synergies possible and existing administrative infrastructure in place it would make more sense for LSU to run a law school, and much more to establish it in a merged LSU Health Sciences Center and LSUS.

Or, as another option, it currently makes little sense to have two public law schools just a few miles apart in Baton Rouge. Rather than operate two campuses, the Southern University School of Law could relocate to the Shreveport area.

Glover’s conception smacks of the same attitude that has caused inefficient higher education delivery in Louisiana – upper-division and graduate campuses everywhere, leading to too few students chasing too many institutions that wastes taxpayer dollars. And while the resolution has attracted a few area legislators as sponsors, it has no legal impact, so even as it likely will pass and would end up issuing a report that endorses Glover’s view cooler heads should prevail and leave it as nothing more than a scrap of paper.

Why Glover seems determined to reduce LSU’s northwest Louisiana footprint as much as he can – by yanking LSUS from the System, not discussing more realistic options such as merging Tech into LSUS or LSUS with LSUHSC or not giving LSU the chance to open a law school – remains unknown. What we do know is Glover will do what Glover does, even if there are no good reasons or significant support behind his actions.

Interested in more national news? We've got you covered! See More National News
Previous Article Will Wade Returns As LSU’s Basketball Coach; What Should We Make Of It?
Next Article VIDEO: The Ralph Abraham Game Of Thrones Web Ad