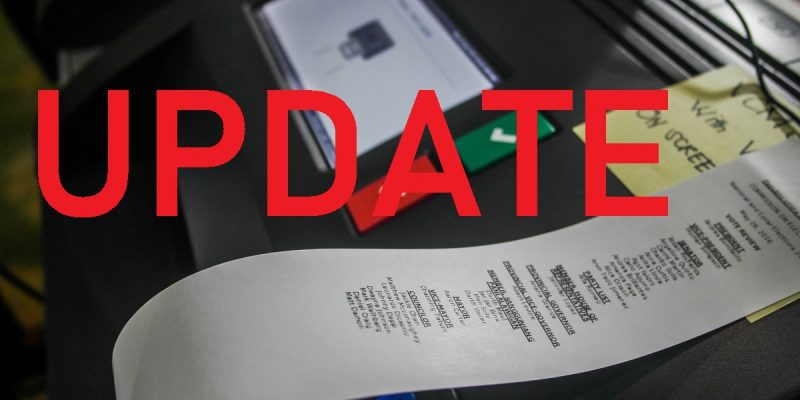 A bill to require a paper trail for Texas elections cleared the Texas Senate on April 15, and it is now up to the Texas House to take any action.

In committee, county elections administrators and local government lobbyists worried about the staff time and the monetary investment it would take to comply with the bill (the bill includes $30 million to assist counties not already equipped with the technology). In the Senate, however, the bulk of the discussion mostly surrounded attempts by Democrats to add showboat amendments to the bill, including one to expand polling places at colleges and universities and another to require a polling place within three miles of ever Texas voter. Hughes agreed to an amendment that added pregnant women to the list of those who are allowed to have assistance when entering a polling place.

A mixture of Republicans and Democrats support and opposed the bill in committee, but conservative grassroots activists were heavily in favor.

SB 9 would do the following:

“The heart of the bill is that paper ballot, that paper backup,” Sen. Hughes, an East Texas Republican, told a paper in his district, the Longview News-Journal. “This is not a partisan issue. … It says if you’re going to bring someone to the polls and help them cast their ballot … then, yes. We want to know your names.”

According to the News-Journal, Hughes chaired the Select Committee on Election Security last summer which reviewed many of these issues.

The House is short a companion bill, but there is at least one filing, HB 22 by Rep. Ramon Romero, that requires a paper audit. It was referred to committee in February and has not moved.

The concept of an audit-able paper trail goes back well over a decade. In 2016, it had the apparent support of Gov. Greg Abbott, though the 2017 bill did not pass.

Currently there are 36 states that have paper trail voting.