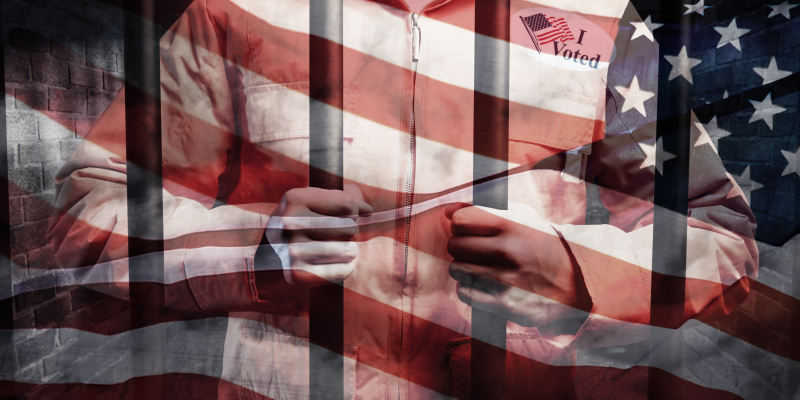 What do you think?

Should the Boston Bomber be allowed to vote?

Should convicted felons and violent offenders, including rapists and murderers be allowed to vote?

Socialist Bernie Sanders says convicted terrorists who killed Americans, sex predators, and murderers should be allowed to vote in elections from inside prison pic.twitter.com/icJhXEusej

Convicted terrorists like the Boston Marathon Bomber are the worst of our society.

2020 Democrats are flat out wrong: They have no business voting.pic.twitter.com/qQYSV0ZK6Z

Democrat Kamala Harris said the issue of felons voting in prison was “complex.” She added that there is “a lot of work to do” about restoring voting rights of 6 million people who served time and are still prohibited from voting.

“Do I think that people who commit murder, people who are terrorists should be deprived of their rights? Yeah, I do. I’m a prosecutor,” Harris said. “There has to be serious consequences for the most extreme types of crimes.”

The Twitterverse also had a lot to say about this:

Voting with #CrazyBernie New #BenGarrison #cartoon Reminder to all felons, serial killers, dead people, livestock and children- Your Vote Counts as long as you vote for #BernieSanders2020 #SundayMorning Fun Post at https://t.co/41YF0H26fh pic.twitter.com/Hic0igGhCG

Pence Has News For Bernie About Jailed Felons Voting: ‘Not On Our Watch’ https://t.co/bVq1YqV44n via @dailycaller