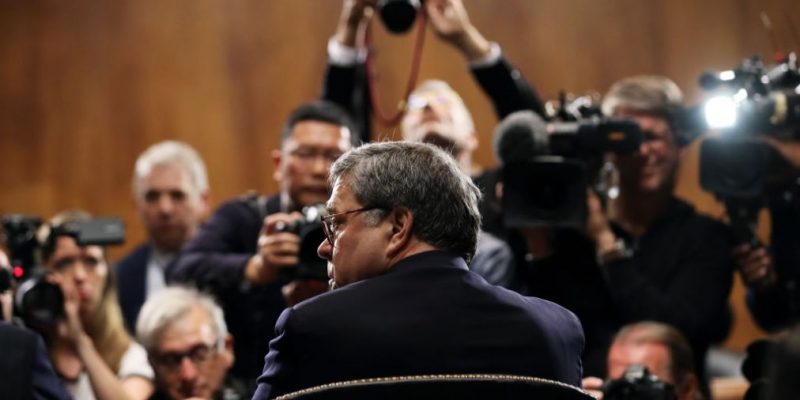 The few minutes that stood out in the hours-long interview was a less than four minute segment in which the Attorney General is responding to questions by the committee members.

The video begins with AG Barr stating that he will be reviewing the conduct of the intelligence community relating to the 2016 election and the Trump campaign.

The first question was asked by U.S. Rep. Jeanne Shaheen (D-NH) was, “Can you share with us why you feel the need to do that?”

The AG replied, “For the same reason we’re worried about foreign influence in elections…I think spying on a political campaign – it’s a big deal, it’s a big deal.”

The committee member responded, “So, you’re not suggesting, though, that spying occurred.”

Silence fell over the room following the statement which confirmed what many Democrats fear, that they may lose the 2020 election in part due to their conduct in the 2016 election.

The top cop of U.S. law enforcement says the Obama administration spied on the political campaign of the next President of the United States. And it must not ever happen again.

Barr clarified that his concerns are not a blanket statement about the FBI but his concern over the “upper echelon” (higher ups) in the agency at the time.

The AG concludes the segment by rightfully saying

“I feel I have an obligation that to make sure that government power is not abused. I mean, I think that is one of the principal roles of the Attorney General.”