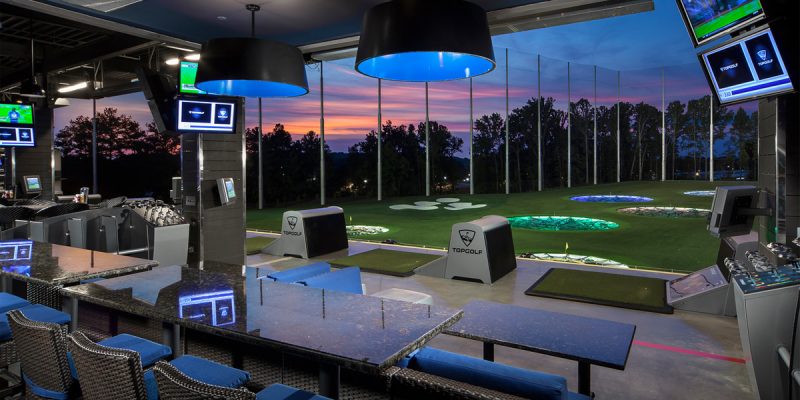 Maybe in New York or Chicago, but not somewhere where the economy actually grows.

So let’s start from the beginning. There are two different companies which build high-end golf driving ranges with lots of extras to them – TopGolf and Drive Shack. It appears that TopGolf is the bigger player in that market – they’ve just opened a facility in Baton Rouge which is, so far, hugely successful and packed all day, every day.

And this is the story of how the politicians and the political appointees in this state have managed to screw up a quality economic development project by the numbers.

Let’s start with the story of the land near the convention center. It was brought to the New Orleans Convention Center board that maybe a golf driving range might be a good idea, and Joe Jaeger, a real estate developer with property holdings near to the Convention Center, was interested in building one.

What we’re talking about is property on the corner of Tchoupitoulas and Euterpe Streets, just upriver from the New Orleans Convention Center. As we understand it, that property was discussed as a potential driving range site, and Jaeger was involved in trying to book one. But nothing much happened in 2017 when it was first discussed, and unlike in most cases where there’s public land up for development when a master developer is chosen and then decisions go through that entity who’s responsible for the totality of the project, this one was parceled out per the usual Louisiana way.

So ultimately what happened was that Jaeger gave up on the convention center/riverfront site and did a deal with Drive Shack to build a driving range on the Howard Avenue site right off I-10 where the Times-Picayune’s headquarters used to be, in the thinking that he’d have the only high-end driving range in the city – since the TopGolf thing had fallen through.

But then the Convention Center board, made up of John Bel Edwards appointees, decided they’d give a no-bid contract to TopGolf at the riverfront site.

And Jaeger went ballistic. He penned an op-ed at the New Orleans Advocate trashing the Convention Center and pulling out of a hotel project he was slated to be involved in with the Convention Center board. And that wasn’t all – Jaeger announced he was pulling the plug on his Drive Shack plans at the old T-P headquarters site, saying that he couldn’t hold Drive Shack to the lease given the circumstances of the TopGolf contract. “Holding their feet to the fire over the lease wouldn’t be right. … They’ve been duped by the leadership (of the Convention Center), and it’s not fair, it’s not right and I can’t make them do something I don’t believe in,” he said.

Which was enough of a black eye in and of itself, and then on Tuesday the other shoe dropped – which was that Gov. John Bel Edwards said that the state – meaning the Convention Center board – was going to pull out of the TopGolf plans because the whole thing was “problematic.”

“That’s not something we’re going to pursue right now,” he said in an interview. “We may or may not come back to it later.”

There are a couple of key lessons here which really need to be understood – because in other places, like Dallas or Houston or Nashville or Tampa or Atlanta or Birmingham or Jacksonville, these things don’t happen with anything like the regularity they happen in Louisiana.

First is that if you’re a public entity with land to be developed, you don’t develop it yourself. That is manifestly not how it works – you offload that land to a private developer according to a public bid process based on the ability to demonstrate not just the creative impulse to turn that land into something but the ability to access enough capital to make it work. What you do not do is to let the clowns on the board appointed by the governor, appointed on the basis of their ability to turn out money or votes for his re-election and  most certainly NOT for their ability or understanding to make good decisions about how to use that land, let no-bid contracts for its use.

Because almost everybody understands that in doing so you will absolutely insure a cockup of gargantuan proportions. Which this is.

And the second thing which must be understood is that regardless of how much spin might be out there to protect John Bel Edwards this is not only his total and complete responsibility, he has admitted as much by pulling the plug on the TopGolf deal.

The Convention Center board is his. He appointed those people. And their resumes don’t mark them as economic development professionals – the president of the board bringing us this mess, Melvin J. Rodrigue, manages Galatoire’s Restaurant; the vice president of the board, Alfred L. Groos, is the general manager of the Royal Sonesta Hotel. Not surprisingly, they’ve acted exactly as you’d expect the clueless appointees of a Democrat governor to act. And when those activities came to light thanks to Jaeger’s blowing the whistle on them, Edwards did what he could to put out the fire.

This is, by the way, part of a continuing pattern we’re seeing from Edwards which is instructive with the upcoming gubernatorial campaign. There’s the New Orleans airport’s opening, which has been put aside until after the election this fall to escape political consequences of the impending traffic jams arising from his total failure to build access roads to the new facility. There’s his sudden action to clean up the leadership vacuum at LSU, which would eliminate much of the dissatisfaction of his handling of the university – though that isn’t complete and is still very much an issue after his expression of support for university president F. King Alexander over the weekend. There’s his punting on the death penalty issue, designed to confuse voters who can’t quite tell whether he’s for or against capital punishment in the state.

And on, and on. In fact, if you view almost anything in Louisiana politics under a lens based on John Bel Edwards’ attempts to avoid accountability for his gubernatorial record, you will find a perfect pattern of his hustling to escape scrutiny for the results of his governance when he’s not dodging issues where his stance would differ from the of the majority of Louisianans.

And that’s what this TopGolf situation is all about. It’s an abject mess and a perfect example of how badly Louisiana’s political class operates in comparison to neighboring states, but Edwards decided to kill TopGolf for now to keep the whole thing out of the news cycle until after the election – because any decision other than that would invite scrutiny of the actions his appointees took.

In other words, just another day in the life of America’s lousiest and most mismanaged state economy. We can choose either to fix this by changing out the people in charge, or just take it. It’s up to us, and there are no excuses.

Interested in more news from Louisiana? We've got you covered! See More Louisiana News
Previous Article SADOW: Giving Back The Savings From Criminal Justice Reform
Next Article Today Is Oil And Gas Industry Day, And It’s Time To Hold JBE To Account For His Record