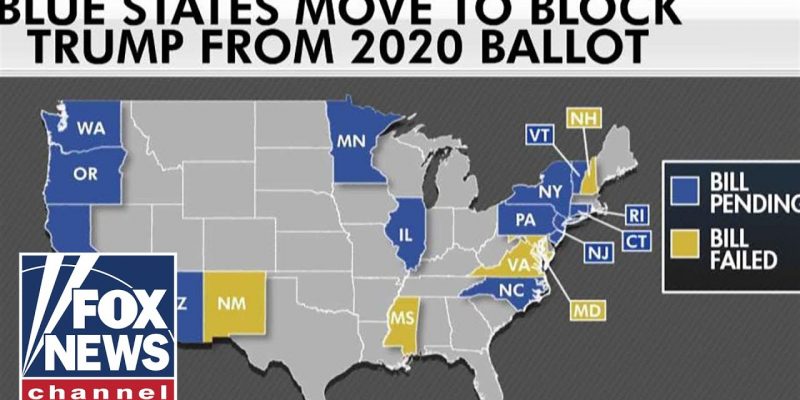 Legislators in eighteen Democrat-leaning states have introduced bills that would require all presidential and vice presidential candidates to release their tax returns before being allowed on the ballot. It is another move by Democrats to hurt the re-election chances of President Donald Trump in 2020.

Tax returns have been a hot topic since Donald Trump first announced his campaign for President in 2015. The liberal media has relentlessly pestered President Trump, The White House, and Press Secretary Sanders for them for the entirety of Trump’s first term.

Critics of the 45th President are quick to point out that he has refused to follow the example of his predecessors by not releasing his tax returns. Most of the bills introduced require at least five years of individual tax returns. The Democrat-controlled U.S. House recently passed a bill that would require ten years to be submitted to the Federal Election Commission.

The move is unlikely to have the intended result of putting pressure on President Trump. The only states likely to pass the bill are ones unlikely to vote for the GOP anyway. Additionally, a legal challenge would likely delay or even defeat the initiative.

In yet another aggressive move to attain the President’s elusive tax information, Democrat State Senators in New York last month tried to empower the state’s tax commissioner to release state tax returns to Congress upon request.

But, try as they may, Democrats’ latest desperate attempts at undermining President Trump will likely fail. It will surely not be the last as we approach what seems increasingly like a landslide re-election.

From the Steele Dossier to the Mueller Investigation, the National Popular Vote movement and now this, there are dark forces at work against President Trump.