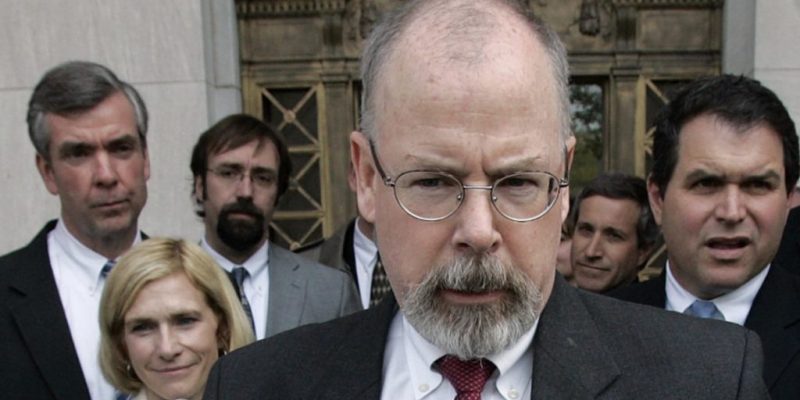 Attorney General William Barr has followed through with claims that he would investigate the origins of the highly-anticipated Russia probe which eventually vindicated President Trump, according to a source with the Associated Press.

U.S. District Attorney John Durham, 69, of Connecticut has been appointed by AG Barr to ensure that the investigation was not politically motivated and that it was “lawful and appropriate”. Durham was appointed to his post by President Trump on November 1, 2017 and confirmed by a voice vote in the U.S. Senate.

According to the New York Times, Durham has “a history of serving as a special prosecutor investigating potential wrongdoing among national security officials, including the F.B.I.’s ties to a crime boss in Boston and accusations of C.I.A. abuses of detainees.”

Not known for any political bias, Durham was appointed to oversee the 2009 investigation into the CIA’s advanced interrogation techniques.

We recently reported that AG Barr told Congress during his testimony that he believed “spying did occur” and that he would be “taking a look” at the motive for the original investigation.

President Trump and members of Congress have relentlessly exposed the political motives of several key FBI officials during the time including James Comey, Peter Strzok, and Lisa Page.

It was widely reported that Strzok and Page exchanged text messages such as, “we’ll stop him” in reference to Donald Trump becoming President. At the same time, they were taking a leading role in the same organization entrusted to objectively investigate “Russian collusion”.

In a development that should terrify Democrats, the Trump administration has completely turned the tables as the investigators are now being investigated. For the President’s base, an arrest in the “witch hunt” would be almost as satisfying as seeing Hillary Clinton behind bars.