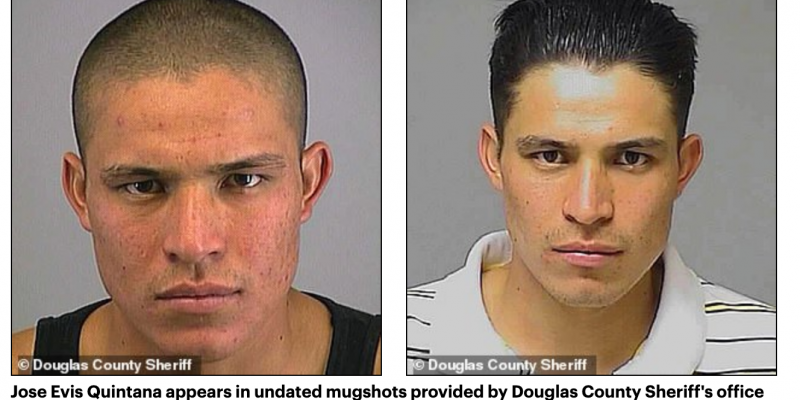 The father of one of the alleged STEM School Highlands Ranch shooters in Colorado is a serial felon and illegal alien Mexican resident, the DailyMail.com reported.

Mya– who claims to be a boy and calls herself Alec, and her friend Devon Erickson were charged with killing one student and injuring eight Highlands Ranch school near Denver.

The father of the alleged 16-year-old killer, Maya (Alec) McKinney, is Jose Evis Quintana, a Mexican native who was previously in jail for 15 months for domestic violence against Maya’s mother, Morgan Lynn McKinney, 32, and for ‘menacing with a weapon.’

According to records, uncovered by the DailyMail.com, Quintana, 33, was deported twice and has a string of arrests in Colorado from 2008 to 2017 related to alcohol and drug abuse. 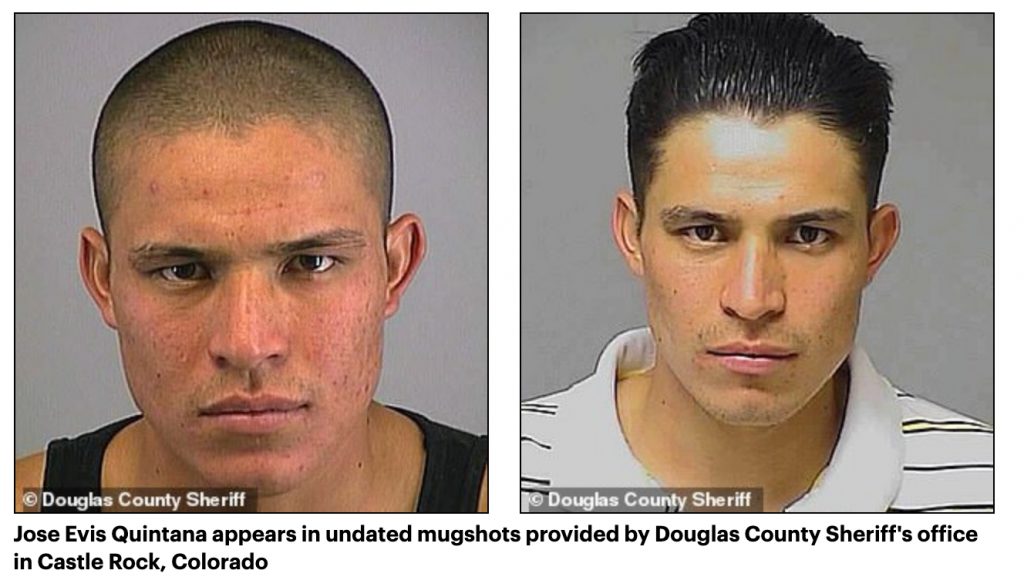 Prior to being deported he convinced Morgan Lynn McKinney to marry him in 2009.

Maya posted a message on social media about missing his father 11 days before the school shooting: 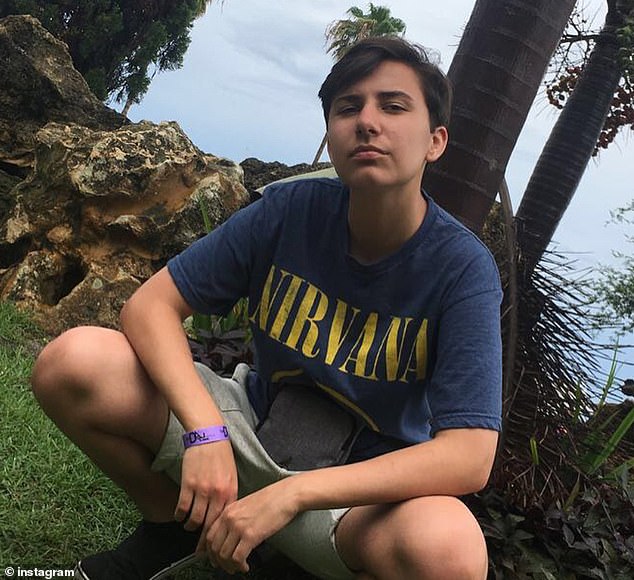 McKinney is a female teenager who turned 16 on April 14. She tweeted on April 26:

Qintana was deported to Mexico on December 9, 2010.In divorce papers filed by Morgan on November 19, 2014, Morgan described how Quintana ‘has been traveling illegally between Colorado and Mexico’ since the deportation.

Morgan was never able to serve Qintana with papers, but the court granted the divorce on May 11, 2015.

Quintana stayed in the U.S. illegally and harassed other women, according to another warrant issued for his arrest, this time in New Mexico for domestic violence in December 2016. Quintana was subsequently arrested for being a fugitive from justice and jailed pending his extradition to New Mexico. But he never made it to New Mexico.

Immigration and Customs Enforcement (ICE) finally caught up with him and deported him in April 2017. 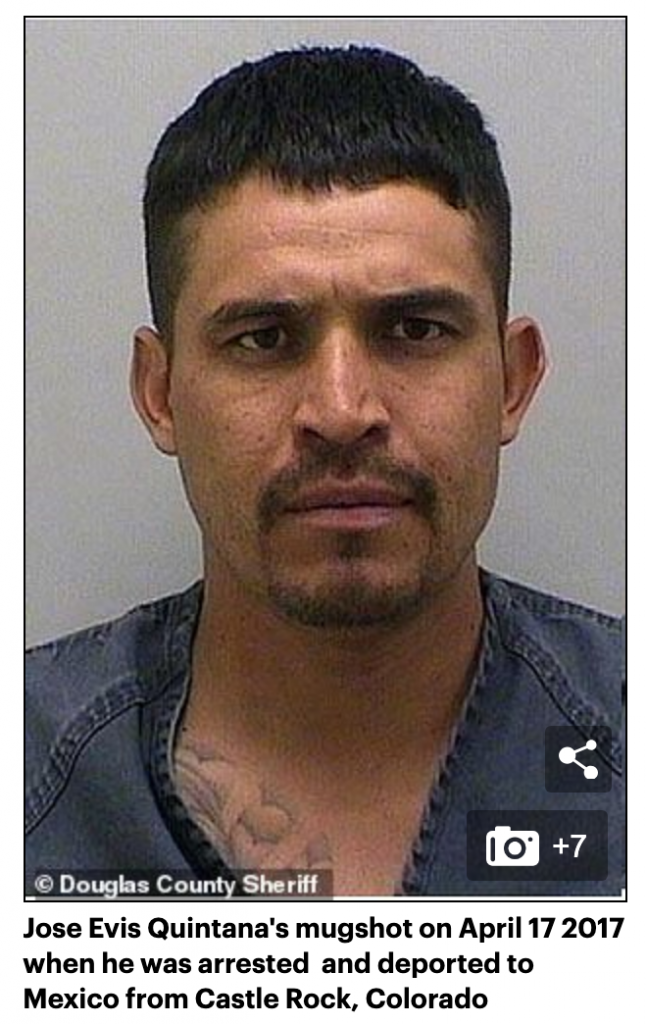 Erickson and McKinney appeared in Douglas County District Court in Castle Rock on Wednesday May 15. 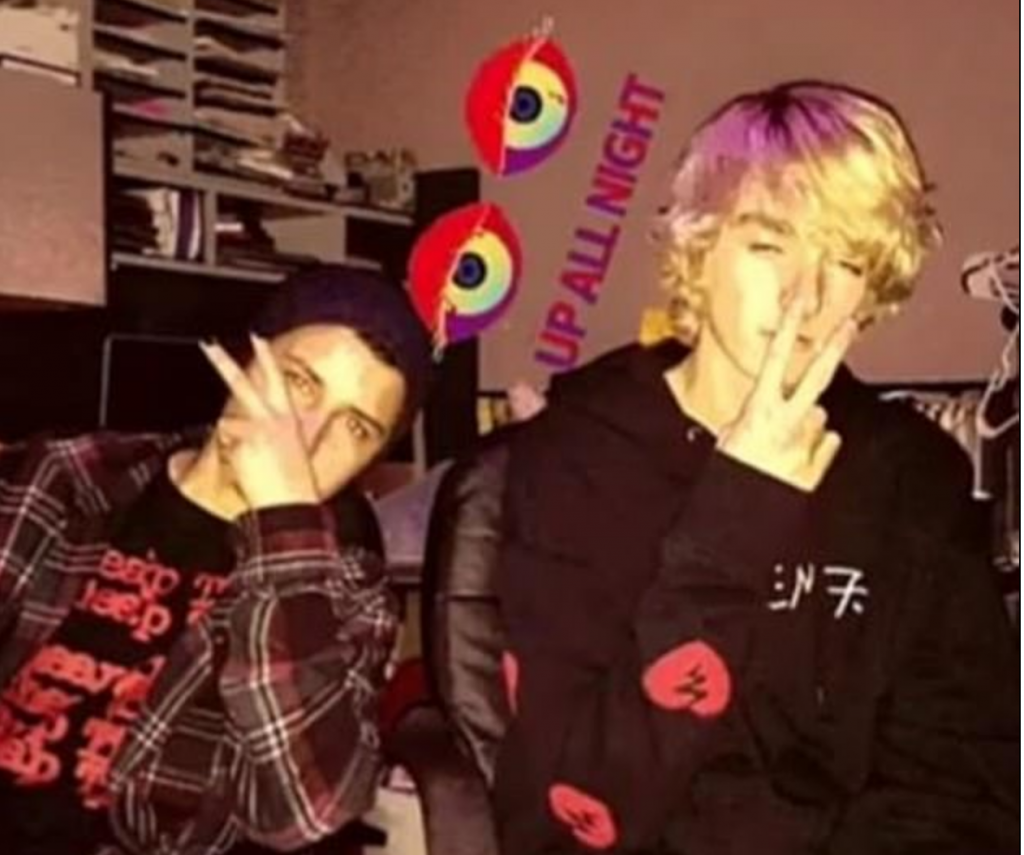