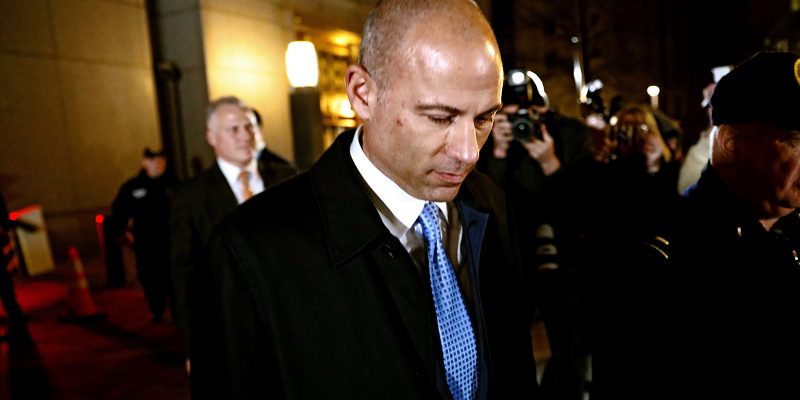 Avenatti, 48, faces one count of wire fraud and one count of aggravated identity theft. He faces up to 22 years in prison if convicted of those charges.

According to prosecutors, Avenatti stole “a significant portion” of an advance Daniels was supposed to receive from a book deal by sending a doctored letter with Daniels’ signature to her literary agent that instructed the agent to divert the money to an account controlled by Avenatti. The lawyer then spent the money — $148,750 — “on airfare, hotels, car services, restaurants and meal delivery, online retailers, payroll for his law firm and another business he owned, and insurance.”

The indictment says that after Daniels asked Avenatti why she had not received the money, Avenatti falsely claimed he was still trying to extract the payment from the publisher. Weeks later, the lawyer allegedly “used funds recently received from another source” to pay Daniels the money she was owed.

“Michael Avenatti abused and violated the core duty of an attorney – the duty to his client,” Manhattan U.S. Attorney Geoffrey Berman said in a statement. “As alleged, he used his position of trust to steal an advance on the client’s book deal. As alleged, he blatantly lied to and stole from his client to maintain his extravagant lifestyle, including to pay for, among other things, a monthly car payment on a Ferrari. Far from zealously representing his client, Avenatti, as alleged, instead engaged in outright deception and theft, victimizing rather than advocating for his client.”

These charges are in addition to 36 other charges Avenatti faces in California related to stealing from clients, tax dodging, and perjury. He has also been indicted in an attempt to extort Nike.

Avenatti became a frequent guest on cable news shows while representing Daniels. He even considered a run for president as a Democrat.