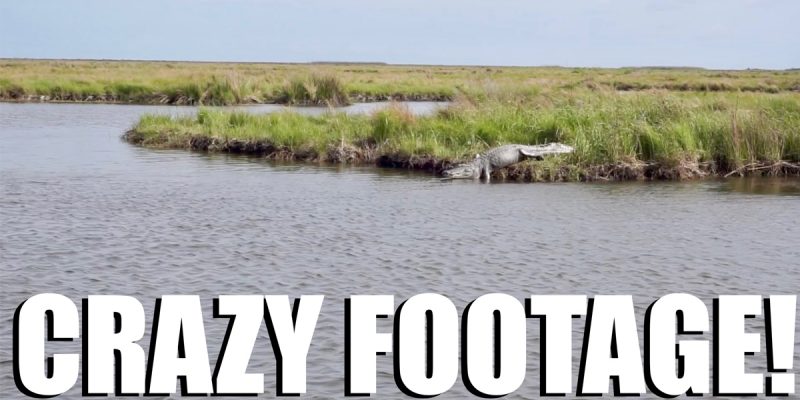 The alligator population is absolutely booming in South Louisiana, and that’s led me to some unbelievable interactions lately with the giant reptiles. On my most recent adventure into the wetlands, my buddy Justin Bowles and I ran across a massive alligator that had just clamped down on a bull redfish.

The fish fought desperately for its freedom, but escaping the powerful maw of the 11-foot-plus gator was a Sysiphean task. As we moved closer, the alligator eased off the edge of the shoreline, taking the fish into the depths to complete the meal.

This encounter came only a couple of weeks after consecutive trips into the marsh when we hooked and got boatside a total of five alligators. Prior to that, in all my 40-plus years fishing Louisiana’s marshes, I’d never once been on a boat when an alligator had been snagged while fishing.

According to the Louisiana Department of Wildlife and Fisheries, the state’s wild alligator population numbers around 2 million, but fewer than 1.5 percent of those are harvested every year. Most tags go to private landowners or their lessees, but the state does issue about 800 tags every year to hunters targeting alligators on public lakes and wildlife management areas.

The American alligator has seen a remarkable recovery since 1973, when it was listed as an endangered species due to overharvest. It was delisted in 1987.

Louisiana’s alligator season opens the last Wednesday of August in the east zone and the first Wednesday of September in the west zone. The season in each zone runs for 30 days.

This footage was captured in northern Plaquemines Parish.

Like the video? Please give it a thumbs-up, and subscribe to the Marsh Man Masson channel on YouTube. Also, leave a comment below. Do you fish an area with alligators? Have you seen an unusual number this year?