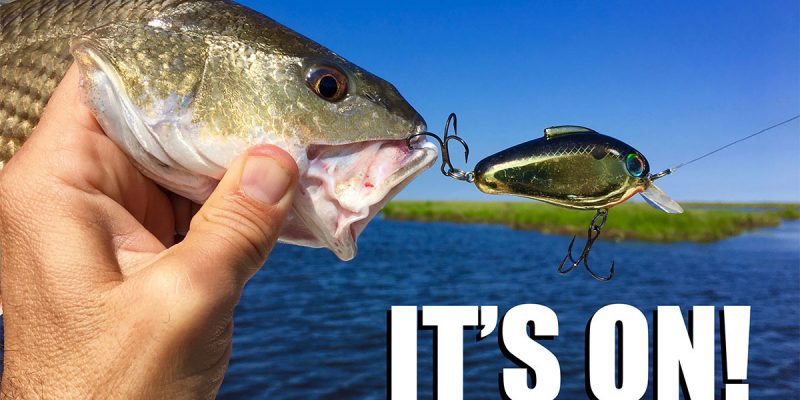 Slow fishing days can become the best trips of your life when you leap out of your comfort zone and throw lures that spend most days outside your usual bag of tricks.

That’s what happened to me on my most recent outing into the usually productive Louisiana marsh. A rare May cool front dirtied the water and raised barometric pressure, initially making feeding fish tough to find.

So I dug deep into my tackle box to find a lure I’ve had great success with in the past but had gotten away from on recent trips. Almost immediately, my fishing trip went from “meh” to biceps-blistering.

The lure is called a Bill Lewis Echo 1.75, and it’s normally a bait used by bass anglers to catch largemouths in the shallows, but it’s arguably even more effective for redfish. As soon as I made the switch, the redfish in the area I was fishing began attacking the lure. The fish weren’t big, but they bit with such fury, I almost had the rod snatched from my hands on multiple occasions. It was obvious the lure change had been the key.

Bill Lewis is a Louisiana-based company that has been around since the 1960’s. Its most popular lure is the Rat-L-Trap, a noisy, lipless crankbait that’s ubiquitous in tackle boxes all across America. The Echo 1.75 is a much newer product, but it may soon overtake its big brother in popularity, especially among redfish anglers. After my most recent trip, I know I’ll certainly have a more difficult time leaving it in the tackle box.

Like the video? Please give it a thumbs-up, and subscribe to the Marsh Man Masson channel on YouTube. Also, leave a comment below. Do you throw crank baits for redfish? If so, what are some of your favorites? How do you like to work the lures?