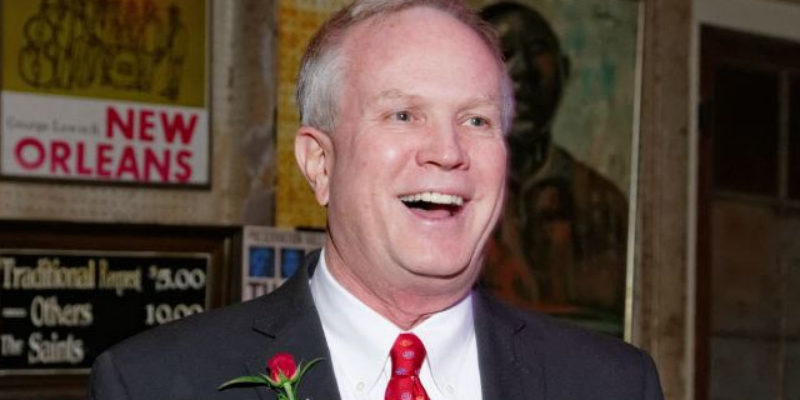 There is an old expression that fits -“If you don’t like the message, kill the messenger.” And thus it was when I read this morning that the governor indirectly attacked me because he couldn’t defend his failure through four budget cycles to place a priority on spending for early childhood education.

When the time came last week to vote on the funding for the K-12 Minimum Foundation Program, the governor’s push to give a minor raise to teachers was included but there was no linkage to or even commitment about how to fund early childhood education. I made it clear that teachers should be given an even more substantial raise than the $1,000 offered by the governor, but that I was voting no because he had included only a tiny amount for early childhood in his executive budget.

Let me digress to explain my logic. My support of early childhood education is not without reservation. There were three characteristics of life in my early years that I have had to overcome in my own current thinking. First in those post WWII days there was a belief in the American system, that if only you worked hard and focused on education you could a reasonable expectation that you too could reach a prosperous life.

The second characteristic of my childhood was that strong family bonds were the rule and not the exception. There was an expectation that marriage and family was a permanent status and that success for all resulted from success of the family unit.

Finally, in my youth for the most part mothers did not work. In general their career was to raise the kids and to instill the basic education that today we call early childhood education.

Despite all of this, the world has changed and it will not change back soon. Families and marriage are not so solid institutions as they were. Children in many cases grow up in homes where parents are not well educated and education isn’t seen as a priority. And finally women today want to work – and in many cases need to work.

I may not understand this state of affairs but that is what it is – and so we must change to meet the demands of society. Therefore I have come to the conclusion that we must have a viable early childhood strategy that combines childcare with education. In this manner the very young will be exposed to education and discipline and they will achieve something that to me is critical, they will be ready to enter the K-12 system with fundamental knowledge and with the education process impressed upon their immature brains. At the same time parents will be free to work in order to support the family.

Some of my friends say that we just need tough love and that we should not insert government into education. My retort is that things are as they are and our only hope to change the future of some of these kids is to have the support that they need but are not getting in the structure of the 21st century home.

So yes the governor can play politics by attacking me in order to divert attention from his failure to spend a reasonable amount on early childhood education. Ironically the attack comes even as we are spending at record levels, far in excess of any time except the immediate aftermath of Katrina. Ironically too the very people who would benefit the most from early childhood help are those who he counts as his voting base.

We need a vision for Louisiana but we don’t now nor have we ever had one. We spend as much as a governor can wrangle from the legislature but it is spent in a disjointed way that only fulfills a governor’s politics.

So here is my vision, Governor; to reduce poverty by 25% within ten years and to reverse the outmigration, driven by a desire to seek a better life, of our best and brightest people. In order to achieve that vision one goal is a strongly-educated population. And the strategy to achieve that goal starts with creating an early childhood path for so many of our poorer kids.

Priority in spending, not amount of spending is what the governor doesn’t seem to get. So instead of expressing a vision for our people he digs in and makes his strategy to “kill the messenger.” Obviously my position has worried his political handlers, so maybe we will see him support early childhood education instead of hiding from it.