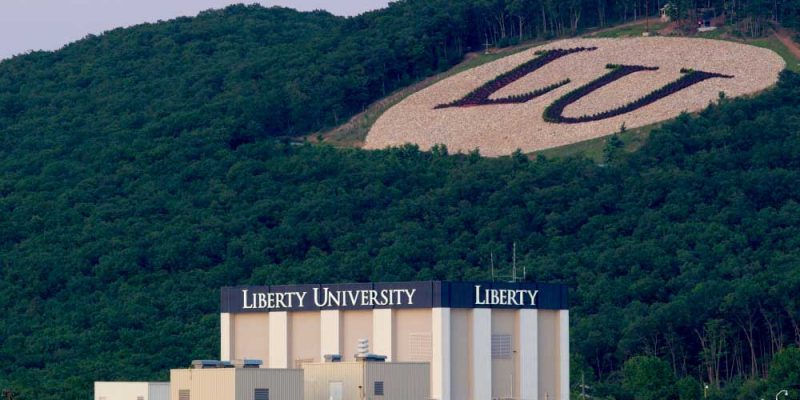 Pence’s visit was the second to the evangelical Christian campus, having previously addressed students at a 2016 Convocation when he was the then-Indiana governor and Republican vice presidential candidate.

The theme of commencement was the spirit of entrepreneurialism, the school said, as “entrepreneurism is one of the great manifestations of individual and economic freedom. Especially as Christians, we have a duty to embrace this attitude and pursue more, better, and greater things in our vocational calling—and in all areas of life.”

This year the university graduated one if its largest classes to date: 20,731. They include 16,531 Liberty University Online (LUO) and 3,670 Resident graduates.

The university’s College of Osteopathic Medicine exceeded the national match rate for the second year in a row, matching 97 percent of their graduates.

Liberty Law School also achieved the highest bar passage in school history at 96 percent, ranking 7th in the U.S., on par with Harvard and Yale.

The university also saw its athletics program quickly rise to the top of the ASUN Conference during its first year as a league member. In 2019 it won three ASUN Conference titles, and it Men’s basketball team won a program-record 29 games, headlined by the first NCAA Tournament victory in program history.

The university also became only the ninth team in NCAA history to win six or more games in its first year of FBS football.

“We’re continuing the entrepreneurial mission that Jerry Falwell had in founding this University, upholding the Christian faith while training champions for Christ who are prepared to transform the world,” David Brat, Dean of LU Business School and former Virginia Congressman, told Patheos’ Hedgerow.

The university’s expansion is enormous. It built more than $1 billion-worth of facilities over the past decade while also increasing its endowment to $1.7 billion. Its newly constructed Business School will be ready for students in the fall, along with its expanded football stadium. The university also broke ground for its School of Engineering and a new basketball arena, and announced plans for a parking lot to house 20,000 vehicles.

The annual economic impact the university provides to the Lynchburg area also exceeds more than $1 billion dollars, it calculates.

And its students served more than 500,000 hours of volunteer service in their communities; in one weekend alone, 2,000 served dozens of nonprofits in Lynchburg.

Students also partnered with Franklin Graham’s relief organization on numerous humanitarian projects. They also broke a university record this past Christmas by donating nearly 5,000 shoebox gifts for children through the Samaritan’s Purse program.

“Liberty University showcased something not found anywhere else in the world,” Brat said.

An honorary doctorate was awarded to Professor Anthony Nobles, an inventor, teacher, community leader, and entrepreneur whose famous heart surgery procedure, the Noblestitch, has proven invaluable in the medical community. Dr. Ben Carson, a preeminent heart surgeon and Secretary of HUD, who first told university president Jerry Falwell Jr. of Nobles’ accomplishments, was in attendance.

Nobles has created more than 156 medical-devices, which are covered by more than 70 patents world-wide —”more than virtually any other single individual in the world,” according to Heartstitch.com.

Despite public and political opposition that many Christian’s might face in their professional and personal lives, Pence encouraged graduates in his address to be hopeful about the future, especially in light of the economic and hiring boom the country is experiencing.