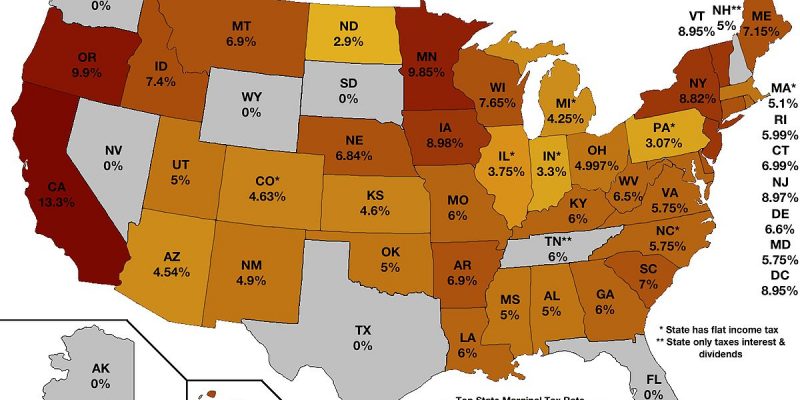 The Texas State Constitution might be amended for the 499th time this November if voters approve a ballot initiative that will make it harder for the state to impose a personal income tax. But the measure needs to pass the State Senate first by a two-thirds majority.

The House narrowly passed by two-thirds majority the constitutional amendment, House Joint Resolution 38, proposed by Rep. Jeff Leach’s, R-Plano. It prohibits “the imposition of an individual income tax, including a tax on an individual’s share of partnership and unincorporated association income.”

The last time a constitutional referendum election was held on the prohibition of the state income tax was in 1993. Lawmakers and voters approved an amendment that includes an exception (Article VIII, Sec. 24), which allows voters to approve a state income tax for “the support of education.” If the state were to implement a personal income tax, a majority vote in each chamber and voter approval is required.

Leach’s bill changes the threshold requirement to a two-thirds majority vote in each chamber. It also keeps in place the state income tax on corporations other than municipal, and the prohibition of state income taxes imposed on persons engaged in mechanical and agricultural pursuits.

A personal income tax, Leach argues, “would have disastrous effects on the future of our great state. Texans know how to spend their hard-earned money better than the government and that’s why we’re putting a constitutional amendment on their ballots this November prohibiting a state income tax.”

Texas, according to the 2018 Almanac of American Politics, “is a nation-state, almost 28 million strong, larger in area than any of the 28 nations of the European Union and more populous than all but six.”

If the Lone Star State were an independent nation it would have the tenth-largest GDP in the world. In 2017, Texas’ approximate economic output of $1.7 trillion was greater than Canada’s and slightly behind Brazil, according to a report by the American Enterprise Institute.

Texas is one of 16 states that require a two-thirds vote in each legislative chamber during one legislative session to refer a constitutional amendment to the ballot, or 100 votes in the House and 21 votes in the Senate. This year, the Texas government represents a Republican trifecta, where Republicans control both houses of the state Legislature and the governor’s office.

As of the March 8 deadline, there were 216 constitutional amendments filed in the Texas Legislature, the nonprofit organization Ballotpedia reports. The House filed more than double the number than the Senate; Republicans filed nearly four percent more than Democrats.

Between 2009 and 2017, an average of 187 constitutional amendments were filed during regular legislative sessions, of which an average number of nine, or 4.7 percent, were approved.

This article was first published by Watchdog.org, now The Center Square.