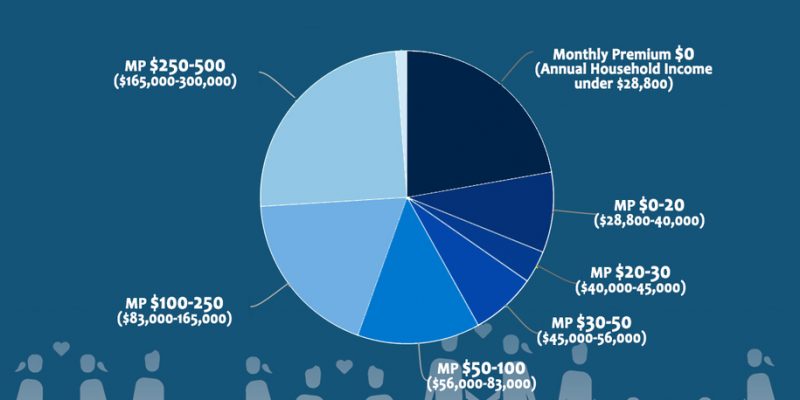 Most Americans oppose a Medicare for All program once they understand what it means and how much it would cost, a Health Tracking poll conducted by the Henry J. Kaiser Family Foundation (KFF) reveals.

The poll found that a majority of people – 56 percent – favor a Medicare for All (M4A) single-payer healthcare system when no details about how much it would cost are provided.

A larger majority, 77 percent, expressed support for incremental changes to the health care system like allowing for the option of a Medicare buy-in program for adults between ages 50 and 64. Slightly less, 75 percent, support Medicaid buy-in plans for individuals who don’t have health coverage through their employer. Both the Medicare and Medicaid buy-in plans received 69 and 64 percent support from Republicans, respectively.

These numbers drop dramatically when respondents are given information on what implementing M4A would cost.

When asked if support for M4A included the requirement to eliminate all private health insurance and increase taxes, only 37 percent of respondents supported it. When asked if implementing M4A would directly cause some medical treatments and tests to be delayed, only 26 percent approved.

The greatest criticism of M4A was respondents’ concern that it would lead to delays in medical tests and treatments, the KFF notes.

“It’s no surprise when folks check under the hood of Medicare for all, they no longer like what they see: fewer choices and higher costs,” Jason Flohrs, Americans for Prosperity (AFP) Minnesota director, told The Center Square. AFP launched an awareness campaign about the costs to taxpayers if M4A were implemented.

Sanders’ plan does allow for some secondary private healthcare coverage after M4A is implemented, but still requires that nearly everyone in the U.S. enroll in a federal government-managed plan.

The bill is projected to increase federal spending by at least $32 trillion over 10 years, according to an analysis published by the Mercatus Center, which calculated estimates for 2022 through 2031. It also factors in Medicare payment rates according to projections by the Centers for Medicare and Medicaid Services (CMS), which notes that Medicare payments are about 40 percent less than those paid by private insurers.

According to a report by CMS’s Office of the Actuary, even if only current-law reimbursement rates for treating Medicare beneficiaries were upheld, nearly half of all hospitals would suffer negative total facility margins by 2040. The CMS report also found that by 2019, more than 80 percent of hospitals would lose money treating Medicare patients – which would be compounded by implementing M4A.

An Urban Institute analysis projected M4A costs to be slightly over $32 trillion, but was based on a different time period, from 2017 through 2026, and excluded CMS projections. According to a review by the New York Times, the difference in projected costs between the two think tanks was roughly $730 billion per year.

An analysis conducted by Emory University projects Sanders’ M4A plan would cost $2.4 trillion a year, slightly less than the Urban Institute’s estimate of $2.5 trillion, and less than the Committee for a Responsible Federal Budget’s projection of $2.8 trillion per year, or 16 percent of GDP.

The U.S. is already projected to spend a minimum of 20 percent of its GDP on health care by 2025, according to the CMS – nearly twice the share of other countries.

“Even with the most carefree attitude toward debt and deficits, it is nearly unthinkable that an increase in government spending of that size would not come with higher taxes, probably much higher taxes, which would likely affect the middle class,” Peter Suderman, features editor at Reason, argues.

Medicare was established in 1965 to provide universal health care for individuals over age 65 and expanded to cover all individuals with disabilities in 1972. About 58 million people in the U.S. receive Medicare benefits. According to the CDC, M4A would provide insurance to an additional 28 million people.

M4A proposals come at a time of rampant fraud within the program.

James Cosgrove of the Government Accountability Office testified before the House Ways and Means oversight subcommittee that the Medicare Advantage improper payment rate alone was 10 percent in 2016, totaling $16.2 billion.

But when overpayments for standard Medicare programs were factored in, including waste, mismanagement and fraud, the amount was closer to $60 billion – nearly twice as much as what the National Institutes of Health spends on medical research per year.