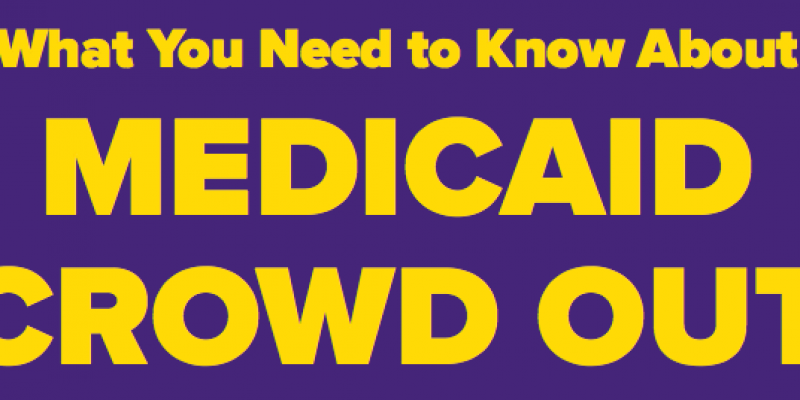 More than 1,600 individuals earning six-figure incomes enrolled in Medicaid after the Affordable Care Act expansion, according to an investigative report published by the New Orleans-based Pelican Institute for Public Policy.

Individuals earning $100,000 or more have enrolled in Medicaid, Chris Jacobs, senior fellow at the institute, said. At least one enrollee reported a higher income than Gov. John Bel Edwards’ annual salary, according to data the institute received after filing a public records request with the Louisiana Department of Health (LDH).

Since implementing Medicaid expansion, tens of thousands of Louisianans who were already enrolled in private health insurance plans left their plans and enrolled in Medicaid, a phenomenon called “crowd out,” the institute explains. Crowd out costs federal and state taxpayers as much as $146 million every year, according to the report.

Medicaid expansion was promoted as a way for the state to provide healthcare coverage to uninsured and low-income individuals – not for individuals already enrolled in healthcare plans, critics argue.

“Medicaid expansion comes at no additional cost to taxpayers because it is paid for entirely with federal funding and fees paid by Medicaid insurance companies and hospitals,” LDH director Dr. Rebekah Gee said in April.

Steve Gardes, a Lafayette-based CPA and Medicaid reform advocate, told The Center Square, “That sounds great, but unfortunately there is no Medicaid Fairy God Mother who lives in Washington; someone is paying the $2.5 billion plus tab for Louisiana’s 480,000 Medicaid expansion recipients. And we all know it is taxpayers.”

In 2015, the Legislative Fiscal Office (LFO) projected the state would spend between $900 million and $1.3 billion over five years providing Medicaid expansion coverage to individuals with prior health coverage.

But a key issue arises from the methodology the LDH uses to calculate the percentage of the crowd out population, Jacobs notes. Based on LDH data, an average 15,000 individuals every month enrolled in Medicaid in 2017.

But depending on the way the numbers are calculated, the crowd out rate could be 2 percent or 35 percent.

Crowd out should quantify the percentage of Medicaid enrollees who dropped their private coverage to enroll in expansion, Jacobs notes, a metric the LDH does not use.

That’s why the survey data the LDH used “expressed coverage changes as a percentage of the overall low-income population, not based as a percentage of Medicaid enrollees – making it another inaccurate metric,” Jacobs says. “Based on LDH’s own internal data, that rate more likely approaches 30 to 40 percent.”

Using LDH data, the Pelican Institute found that 13,955 individuals enrolled in Medicaid through expansion in August 2017. Among them, 4,957 dropped their private health insurance coverage within the prior 30 days. Dividing these numbers, Jacobs said, equates to a potential crowd out rate of 35.5 percent, not 1.3 percent.

“LDH’s failure to address the crowd out problem, and at the same time, the expansion enrollment of individuals with six-figure incomes suggests the need for fundamental reform to Louisiana’s Medicaid program,” the report concludes.

“Louisianans elect their leaders to serve as smart stewards of scarce taxpayer dollars, but the increasing number of red flags surrounding the Medicaid system raises questions about LDH’s fulfillment of this crucial function,” the Pelican Institute said.