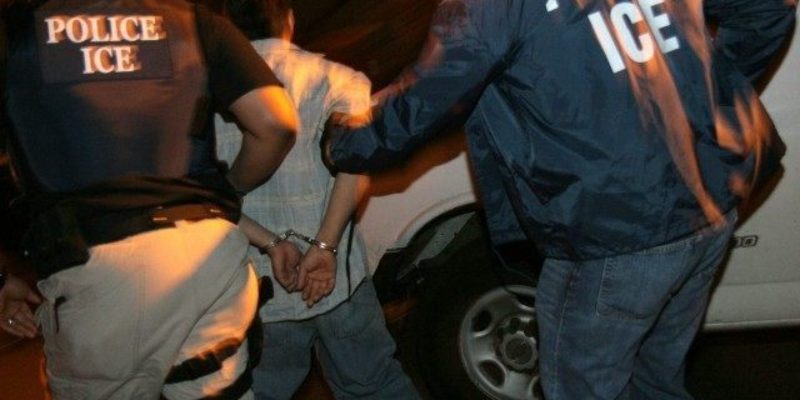 If you didn’t already know, Governor Edwards and his administration continue to ignore the growing problem of illegal immigration in Louisiana. Just this past weekend, the ICE New Orleans field office arrested over thirty undocumented immigrants. The majority of those arrested had prior criminal convictions or pending criminal charges. The others were fugitives eluding federal officials or “illegal re-entrants” previously deported from the U.S. who subsequently reentered the country illegally. Bottom line: these people were criminals who have repeatedly ignored law and order.

When Donald Trump began his campaign for president, he promised to build a wall along our southern border, overturn Obama’s sanctuary city policies, and end illegal immigration. Today President Trump is keeping that promise, even while liberal career politicians like John Bel Edwards, try to stand in his way. President Trump needs a governor in Baton Rouge who will support him in keeping Louisiana safe from violent illegal immigrant gangs not someone who stands idly by allowing New Orleans to become a sanctuary city.

New Orleans became a sanctuary city in February of 2016, under the liberal leadership of John Bel Edwards. That is unacceptable. Cities that refuse to cooperate with federal authorities on immigration should be held accountable. Sanctuary cities not only waste taxpayer dollars but worse, put our American citizens at risk.

In 2018 alone, the ICE New Orleans office arrested over 10,000 illegal immigrants; again, most of whom had prior criminal convictions. ICE is focusing their actions on those who have prior criminal convictions, those who are going jeopardize the safety of our communities. ICE has been doing its job to protect our communities and ensure that criminal illegals are not walking free in our state. So where is Governor Edwards? He’s on the side of illegal immigrants.

Remember in 2016, when the Louisiana House overwhelmingly passed a bill that would block state funds for cities that do not cooperate with federal immigration officials? Not only did John Bel not support it, he found a way to kill the bill and give more freedom to illegal immigrants. Edwards cares more about the democratic national agenda than keeping Louisianans safe.