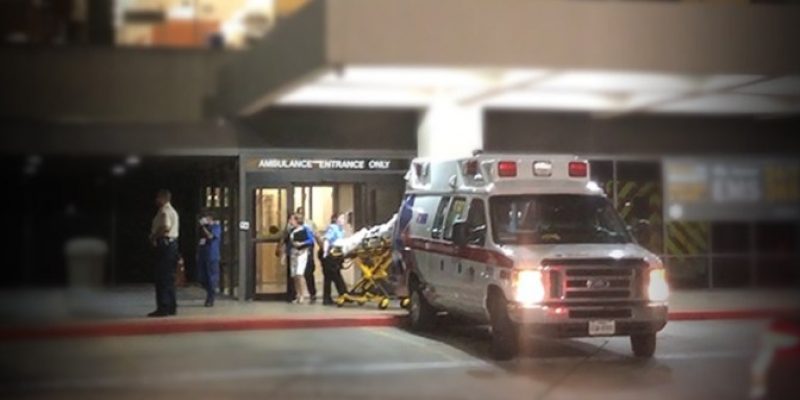 On May 21, 1940– 79 years ago today– a Nazi military unit “evacuated” 1,500 hospital patients in East Prussia because of they were considered “unfit” for service by the German Reich. Evacuated really meant exterminated.

However, this appears to be similar to a Texas law that authorizes hospitals to take patients off of ventilators after ten days–against their’s and their family’s will– and left to die, pro-life advocates argue.

Mentally ill patients from throughout East Prussia had been transferred to the district of Soldau, also in East Prussia. A special military unit, basically a hit squad, carried out its agenda and killed the patients over an 18-day period, one small part of the larger Nazi program to exterminate everyone deemed “unfit” by its ideology. After the murders, the unit reported back to headquarters in Berlin that the patients had been “successfully evacuated.”

A similar ideology exists in 2019 Texas, although safely and evacuated are also relative terms.

“An ideology with the same gruesome consequences is surging in Texas’ hospitals, where committees without oversight can deem a life as not worth saving – with little or no recourse to the patient or their families,” Michael Quinn Sullivan with Texas Scorecard argues.

The pro-life advocacy group, Texas Right to Life, recently helped “rescue” one Houston woman from Memorial Hermann Southwest after its staff forcibly removed her ventilator– against her’s and her husband’s will.

“Memorial Hermann Southwest refused to resume dialysis for Carolyn, even after offers to privately pay for just one treatment until she could be moved,” Texas Right to Life states.

The Beaumont woman survived 60 hours without breathing assistance and was transported to a new facility by a privately-funded ambulance. She was transported in the middle of the night on a Wednesday after administrators took her off of a ventilator two days earlier.

The emergency transport ensured that she remained stable and received dialysis until she was moved to another facility. If she hadn’t been moved, her family and Texas Right to Life argues, “the 10-Day Rule would likely have taken her life.”

Her husband said, “Knowing she’ll be somewhere safe where my directives will finally be honored brings me relief after so many days and weeks of anxiety.”