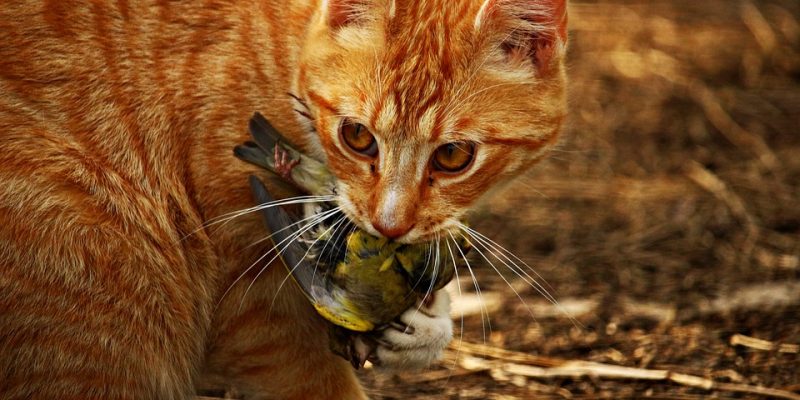 Before killing its captive prey, a cat or other large feline will often toy with it before delivering the final, lethal bite to the neck. It is thought that by wearing out the prey physically, the cat reduces its chance of being injured before the actual kill.

In similar form, before SB 29, the local taxpayer-funded lobbying ban bill, was killed on the Texas House floor Monday, opponents scratched at provisions of the bill before delivering the final vote to kill it.

First came the committee substitute wording, which merely reduced the number of topics a lobbyist may address. The bill reached the floor already limping.

Proposed amendments tacked on to the bill during the House floor debate included:

In debate it was admitted that the committee substitute version would have allowed cities, counties, and school districts to hire session-only employees who do not register as lobbyists.

From the hip: Ending taxpayer-funded lobbying is a priority for the Texas Republican party and a conservative rallying cry this session. We can reasonably expect an amendment or two to other bills to bring back a taxpayer-funded lobbying ban of some variety, but its chances are quite low at this point with House leadership now in stark opposition and now less than one week to go before the final day of the session. From our count, 23 Republicans joined Democrats in opposing SB 29, and we can also expect this to become a primary election issue in 2020. But this defeat came only after opponents had a chance to explain their objections, which may give them some leeway with answering questions from constituents on the subject. Below is an image of the final votes: 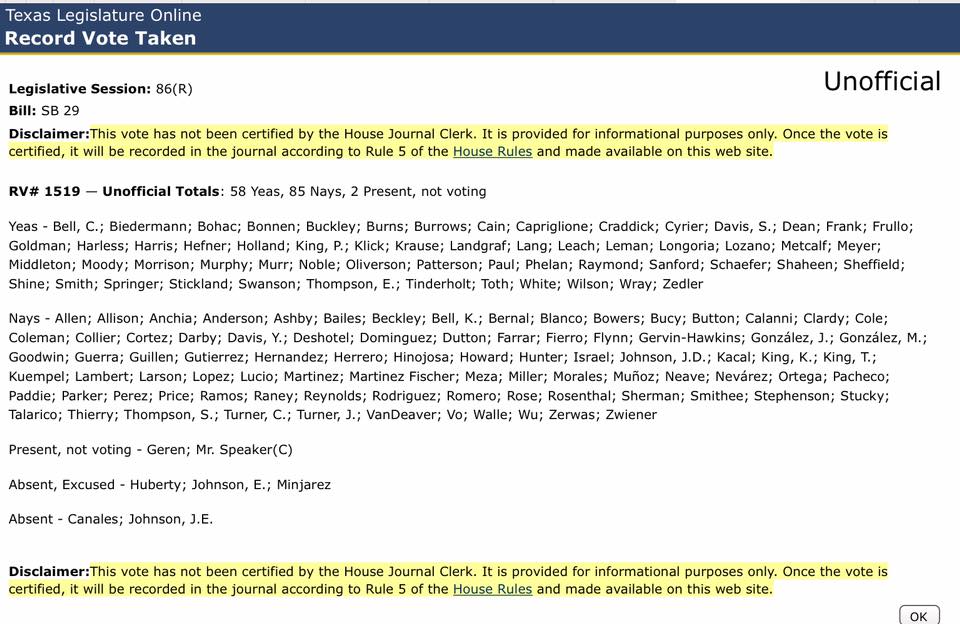 Interested in more news from Texas? We've got you covered! See More Texas News
Previous Article Texas medical directive not so unlike Nazi Germany’s
Next Article Former Trump-hating scientist explains why she now supports him [videos]