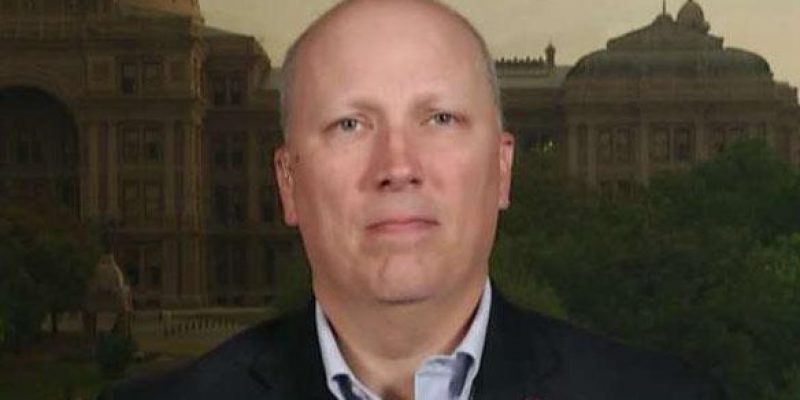 The U.S. House tried to pass a $19.1 billion disaster relief bill by a simple voice vote before adjourning for the Memorial Day recess.

One lone representative– Texas Republican Rep. Chip Roy, objected on procedural grounds and said the House could vote on Tuesday– especially since the bill excludes much-needed funding for border security–which Texas needs to deal with the influx of illegal migrants at the border.

The package includes disaster assistance for victims of natural disasters across the country that have occurred since 2017, including the Midwest floods, California wildfires, and hurricanes in the Southeast.

Legislators have failed to reach an agreement for months– and yet they are complaining about having to wait one weekend to vote on the matter properly on Tuesday.

“The U.S. House tried to pass #DisasterRelief bill by voice vote but, unfortunately, it had one member object. This means bill will not head to @potus until the full House votes on it. They are adjourned until Tuesday, May 28th, so that is the earliest it will be voted on.”

Rep. Val Demings, D-Orlando, tweeted: “Thousands of Americans across the country, including in Florida and Puerto Rico, need immediate disaster recovery assistance. That critical relief has bipartisan support and the support of the president, but it was just blocked by House Republicans. Outrageous.”

Her statement could not be more ironic in light of the fact that the open border policies she supports are sabotaging daily life in Texas, which has become inundated by illegal aliens and migrants crossing the Mexican border.

Roy, a former chief legislative aid for Sen. Ted Cruz, told reporters before his vote that one of the problems with the bill is it excludes the $4.5 billion for border security President Donald Trump requested.

That money is essential to help the Texas Department of Health and Human Services process illegal alien migrants detained in his San Antonio area district.

“The people, particularly in Texas, but people generally, are tired of the swamp and this is a very swampy thing to do – have a vote on a Friday heading into Memorial Day weekend and after we recess, when we could have done our job yesterday when we had 435 members of Congress who should be here and should vote,” Roy said.

Roy, like Cruz, seems to be one of the only members of Congress willing to stand up against everyone else for his constituents.

The package was held up for months because Democrats refused to budge on Trump’s insistence that it include $4.5 billion for border security. House Democrats’ demanded the bill include even more assistance for Puerto Rico after numerous reports showed extensive waste, fraud, abuse and mismanagement of funds the U.S. already sent the territory.

The bill still allocated $1.4 BILLION for Puerto Rico, which is likely to be wasted as the previous money was, which appears to be the status quote in Congress. Keep spending wasting taxpayer money and don’t spend money on border security that is a national security crisis.

By the way, the same Florida legislators complaining about Roy’s objection, are the same legislators objecting about Customs and Border Patrol flying thousands of illegals to Florida from Texas because detention centers in Texas are full.