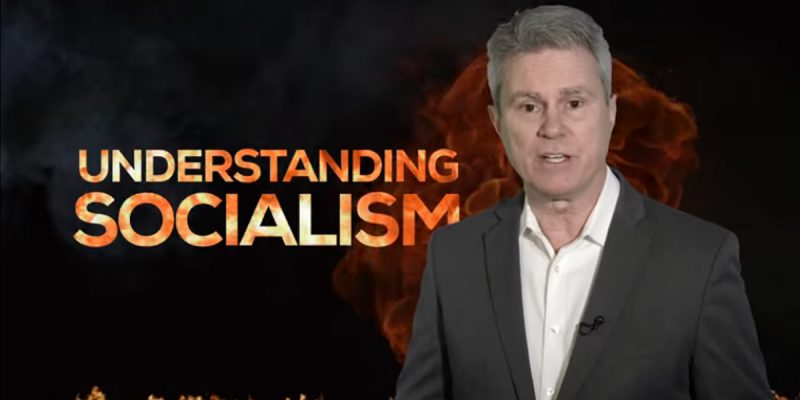 It’s been a while since we checked in with one of Bill Whittle’s Firewall videos, which is our fault – they’re terrific.

This one is especially worth a watch given that the Democrat Party has gone completely off the rails and is in a mad scramble to embrace every Hard Left policy they can find in the platforms of the European socialist parties – from the Green New Deal to Medicare For All to Liz Warren’s insane student loan bailout plan to whatever else Alexandria Ocasio-Cortez or Bernie Sanders can dream up.

Whittle boils socialism down to its essence – namely, that it’s all about envy. People inevitably struggle with a negative attitude, and socialism takes advantage of that by selling them on the idea that it’s unfair somebody should have more than they do. Nobody wants to hear reasons why things have happened the way they have – perhaps your neighbor makes more money because he works longer hours and is less able to enjoy his family than you do, or maybe he works a job which is more hazardous, or maybe he’s taken more risks which have paid off, or maybe you’re not working as hard or as smart as you can. It’s a lot easier to settle on how unfair things are that your life isn’t what you want it to be, and along comes some politician who feeds that line to you and tells you they can make your life better by sticking it to The Rich, or The One Percent, or – in a previous iteration which seems ready to make a comeback among today’s Democrats – The Jews.

And that’s a very seductive bit of demagoguery which has been politically effective in every single society based on small-d democratic principles. It takes a virtuous and educated electorate to beat it back, which is one reason today’s Democrats are hard at work trashing American education and are demanding an overflow of Third World immigrants not inculcated into America’s founding philosophy.

But Whittle cuts to what makes socialism operate, and gives one of the best explanations of it we’ve seen. This is well worth eight minutes of your time.