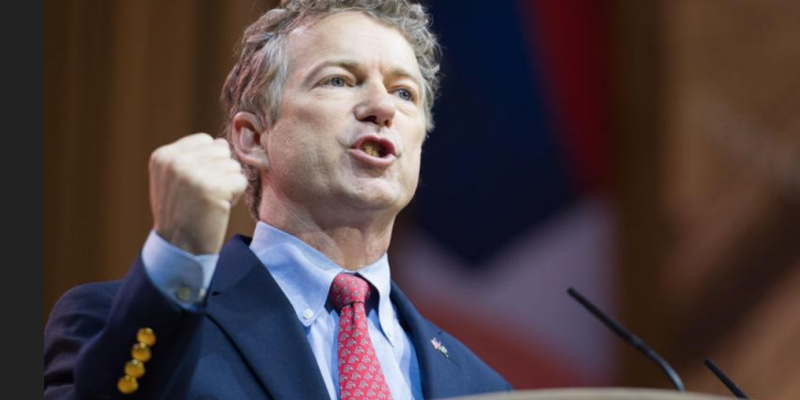 Only 22 U.S. Senators voted for the Penny Plan, with 25 Republican senators and all Democrats voting against it.

The Senate vote came months after about 130 U.S. leaders called on President Donald Trump to lead a “transparency revolution,” and reign in out-of-control federal government spending.

“With the economy booming, wages rising, competitive tax rates, domestic energy production flourishing, and unemployment at a near 50-year low across every demographic – the federal debt continues to skyrocket. This is unsustainable,” they wrote in an open letter to the president.

Trump responded by directing his federal agency heads to cut five percent of their budgets.

However, his “willingness to lead by example” was only followed by 22 senators – or one-fifth of the Senate, they argue.

Sen. Paul’s plan proposed cutting two pennies for every federal dollar spent over the next five years to balance the budget by assuming the repeal of the Bipartisan Budget Act of 2018.

It would also make permanent the individual income tax reforms made possible by the 2017 Tax Cut and Jobs Act, and expand access to Health Savings Accounts, all while protecting Social Security.

Paul, R-Kentucky and chairman of the Federal Spending Oversight and Emergency Management (FSO) Subcommittee, put the U.S. Senate on the record by calling for a procedural vote on the bill June 3. Only 21 senators joined him by voting for fiscal responsibility, he says, “while 69 senators voted to continue the big-spending status quo.”

“I rise today to let the American people know that there are some of us left in Washington, some of your representatives, who actually do care about the mounting debt,” he said on the Senate floor. “When people say the government can provide you all these things, they can only do it by either taxing you or borrowing. Right now, we’re doing it mostly through borrowing.”

Andrzejewski told The Center Square, “Sadly, nothing seems to unite members of both parties more than the joy of spending other people’s money. Senator Paul offered a reasonable plan to help get our runaway debt under control by reducing spending just two percent for the next five years. Yet, even members who ran on fiscal responsibility blocked his proposal from moving forward.”

If implemented, within five years after balancing the budget, Paul says his proposal would result in a $913 billion surplus.

“The Pennies Plan budget provides legislators with full flexibility to make the best decisions on where to cut, setting a goal of balance and then calling on Congress to use the tools provided to make the changes in law needed to achieve that objective,” he said.

It requires each committee with mandatory spending power to be involved in the reconciliation process, as was the process’ original purpose, the senator’s office states. The bill also reforms the budget process by raising the waiver threshold for all budget points of order and makes the budget spending totals enforceable for 10 years instead of one.

“I ran for office to put a stop to Washington’s out-of-control spending and skyrocketing debt. It’s time for conservatives to govern like conservatives, and my budget plan gives our Republican-controlled Congress a chance to prove to the American people that it is serious about getting our fiscal house in order,” Paul said.

“Transparency is the best way taxpayers can fight back,” Andrzejewski added. “Thanks to public records we help compile at OpenTheBooks.com, the members who blocked Paul’s plan have to explain why they shielded gratuitous and questionable spending.”