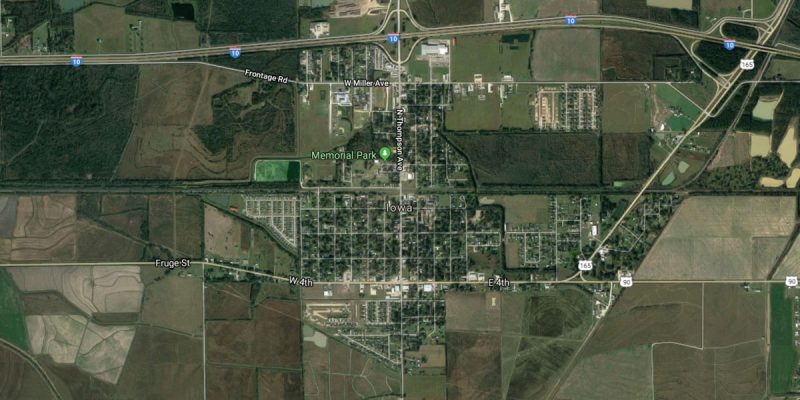 That headline might sound confusing, unless you’re really on the ball and know that there’s an Iowa (pronounced I-oh-way) in Louisiana just east of Lake Charles. And on Saturday, that town hosted its inaugural straw poll for Republicans as a test of the organizational abilities of gubernatorial and legislative candidates.

That’s what Ralph Abraham succeeded in doing at an advanced level for the Iowa, Louisiana straw poll. 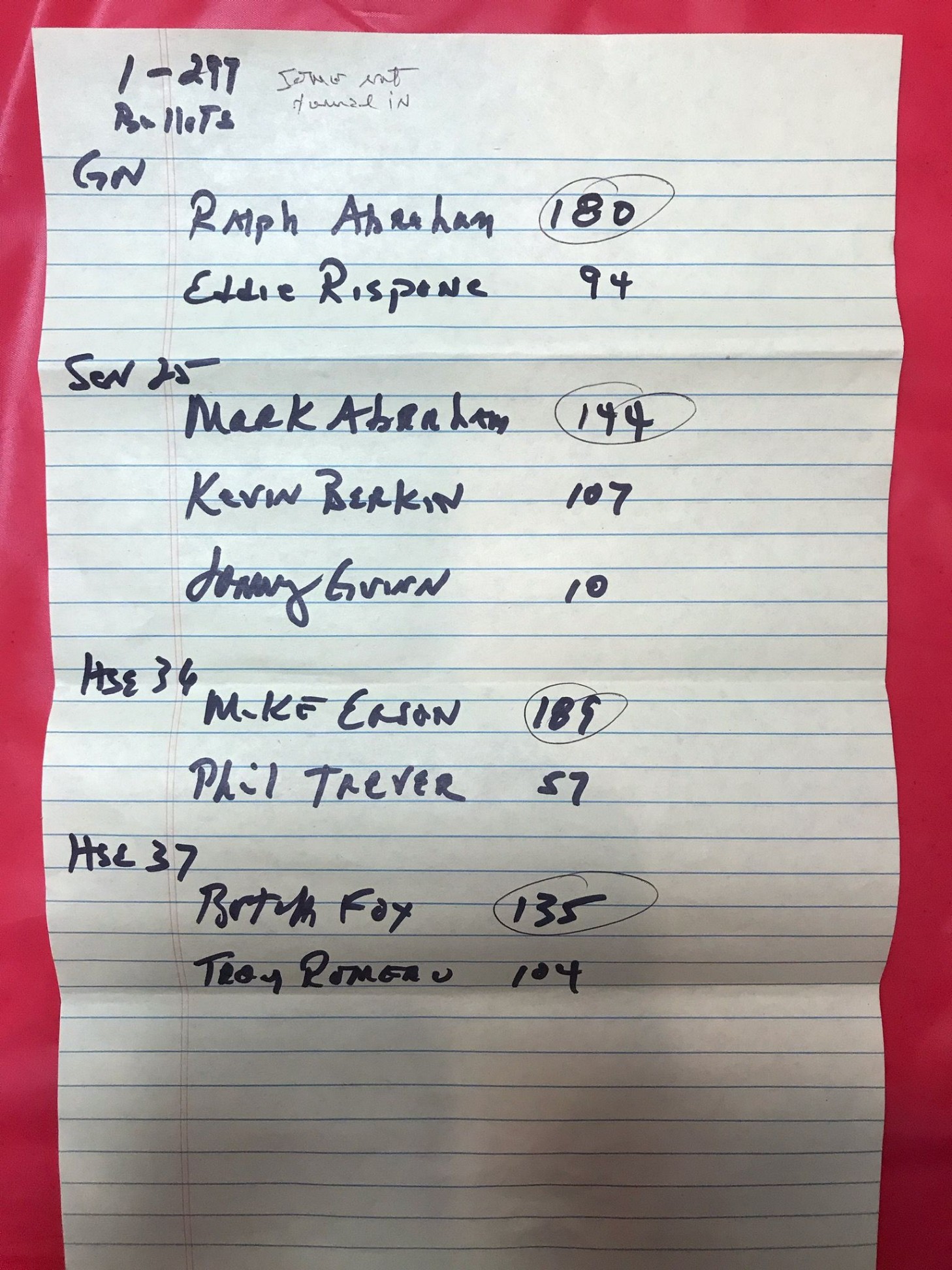 Hundreds of people grabbed plates of jambalaya and black-eyed peas, some with a beer. They took seats for the stump speeches. And then, they selected their favored GOP candidate for governor on the paper ballot and slapped on an “I Voted” sticker.

And that’s pronounced “I-oh-way,” meaning the tiny town in southwest Louisiana where the event is being held, not “I-oh-wah” as in the nation’s Midwestern state.

U.S. Rep. Ralph Abraham was the overwhelming winner among the few hundred people who gathered in the town of Iowa’s local Knights of Columbus Hall. The doctor and third-term congressman from northeast Louisiana got 180 votes, besting his fellow GOP challenger, Eddie Rispone, a Baton Rouge businessman making his first bid for elected office after years as a hefty political donor.

Both GOP contenders challenging Edwards on the Oct. 12 ballot delivered remarks and took questions at the $25-a-plate event hosted by the Calcasieu Republican Parish Executive Committee and the Republican Women of Southwest Louisiana.

“Hopefully, whoever comes out victorious will have momentum behind them in the dog days of summer, and we can start to coalesce behind a candidate,” said Jeremy Stine, an executive committee member who helped organize the straw poll event.

Abraham described the event in a statement as a “major test of our message and campaign organization. We’ll take the momentum from today and keep pushing forward to October.”

“We are confident that on Election Day Louisianans will vote for the Republican candidate with serious business skills,” Rispone spokesman Anthony Ramirez said in a statement.

The Iowa, Louisiana straw poll is intended to be an ongoing event, but with no likely Republicans challenging Bill Cassidy for the Senate and with an April presidential primary (which probably isn’t going to be hotly contested anyway), there might not be any reason to hold it next June. It might be 2023 before the straw poll is back with a chance to grow into a big political event.

But for now, what we know is that there is a little bit of in-person evidence to go with the poll data showing Abraham leading Rispone as the Republican most likely to make the runoff with John Bel Edwards. That’s been true since the beginning of the race and it won’t likely change unless and until Rispone dumps a sizable share of his $10 million war chest to significant effect onto the airwaves later this summer.