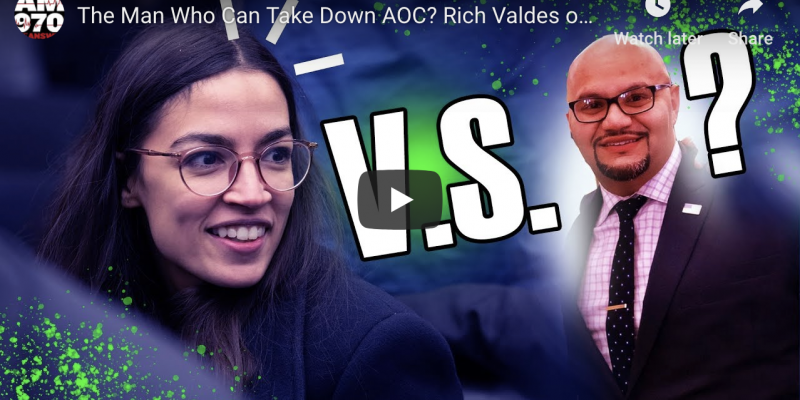 Rich Valdes– a Republican from New Jersey– plans to move to Queens to run against one of the most inept people in Congress: Rep. Alexandria Ocasio-Cortez.

“AOC – All Out Crazy – wants to establish a new Soviet Republic. I believe in capitalism over socialism. Her misguided policies don’t represent the district.

“She’s great at fundraising but not at constituent services. Ask around, most constituents don’t think climate change is a number one issue.”

Valdes said he thinks people in her district know him better than they know her and tell him,

“People see me and they say ‘wow’ we see you more than we see her!”

He adds, “I know I speak better Spanish than her.”

Apparently he will have some help.

A “mystery Republican donor said to be worth more than $200million” is ready to fund any GOP challenging Cortez.