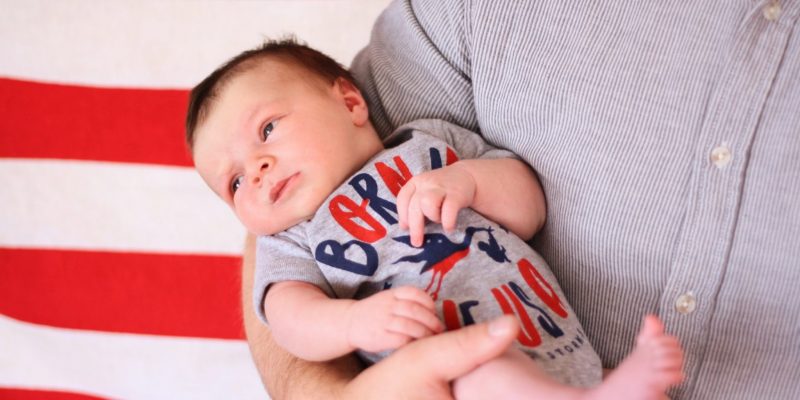 The Centers for Disease Control and Prevention (CDC) recently released their annual data from the National Center for Health and Statistics which reveals that the United States is experiencing the worst “baby bust” since the late 1980s.

Just 3.78 million babies were born in 2018, leaving the US at an unimpressive 1.73 children per American woman. That means that the average American family is having less than two children which is insufficient for the current population to sustain itself.

The news perpetuates another unfortunate trend with 2018 becoming the fourth consecutive year for birth rate decline in the USA despite optimistic economic forecasts. The development is problematic for many reasons including likely shortages in our military, workforce, and tax base.

At the same time, the country is also witnessing the lowest fertility rate since the late 1970s. Experts largely attribute this part of the problem to postponed motherhood. However, The Institute for Family Studies (ISF) reports that we are nearing an all-time low partly due to an unprecedented decline in the fertility rates of women ages 30-40.

As the American population declines so does our economic and cultural footprint in the world. Consequently, the very survival of the United States depends upon an increase in our birth rate, at least to the rate of sustainability.

There are limited solutions to the growing population crisis. An obvious game-changer would be a decrease in abortions, another would be an increase in legal immigration. Or perhaps both.

The Centers for Immigration Studies (CIS) reports that, based on current birth rates, the US will only be able to maintain the current worker-to-retiree ratio if legal immigration is increased 500% over current projections for the next 40 years.

Whether you are pro-life or pro-choice, I present you with the following simple truth. “The West” as we know it will not survive long-term without an embrace of pro-family policies. And yes, that means a decrease in abortions and rolling back the policies that serve as incentives.

What do I mean by survive? I mean it quite literally. The United States has already joined the undesirable club of western countries who maintain a less-than 2.0 birth rate. Some sociologists argue that no country can survive long-term beyond that milestone.

Whether you find abortion morally repugnant or not, it is illogical in the sense that it hurts our own people from a sociological perspective. Many problems arise from low population growth including stress on government programs when the recipients outnumber the contributors, as is the growing problem with Social Security, Medicare, etc.

To be pro-life is to be pro-family is to be pro-USA! It has indeed become an act of patriotism, as does legally immigrating to the US with the ultimate goal of becoming a loyal and productive citizen.