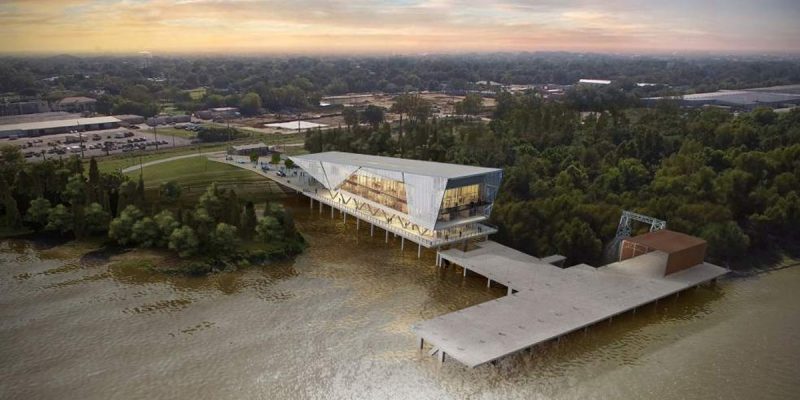 Who knew that hydrology was such a cutthroat business? Here’s a story from the Baton Rouge Business Report about a pair of academics who boosted trade secrets from The Water Institute of the Gulf, an independent think tank in Baton Rouge studying coastal and hydrological issues, in order to carry the information to their new place of employment – Tulane’s River and Coastal Center…

Stolen trade secrets from a proprietary computer program by a foreign national doing scientific research in this country sounds like fodder for a good summer beach read.

Actually, though, it’s the subject of allegations contained in a four-count indictment recently returned by a grand jury in the U.S. Middle District Court and involving The Water Institute of the Gulf.

According to the indictment, announced earlier today by U.S. Attorney Brandon Fremin’s office, the case centers on two coastal scientists—Ehab Meslhe and Kelin Hu—who worked at TWIG for several years until 2018, and attempted to steal computer trade secrets from TWIG’s proprietary Basin Wide Model computer program. Meslhe, known as a prolific and skilled researcher at TWIG, was responsible for bringing in many research grants during his time there.

The program was developed at TWIG over many years, according to the indictment, and contained unique codes and files used to run the model, which predicts how the Mississippi Delta could change over time.

The indictment alleges Meslhe, 53, and Hu, 42, both of whom left TWIG in 2018 for research positions at Tulane University’s River and Coastal Center, downloaded the program to their personal electronic devices and planned to use the information for their own economic benefit and that of their current employer, identified in the indictment only as “the other water research institution.”

This guy Hu is a Chinese national. It’s safe to say he’s probably headed back to China in the near future – we seem to have more than our share of Chinese industrial espionage around here.

The whole thing seems awfully embarrassing for Tulane, who in a statement did everything they could to downplay this mess…

The indictment does not implicate in the scheme Tulane’s River and Coastal Center, which both competes with TWIG and also collaborates with it on projects. In a statement, Tulane says it looks forward to continuing that collaborative relationship with TWIG and is fully cooperating with the U.S. Attorney’s office.

For now, both researchers remain on faculty but their employment status will be determined following an internal review, the statement says.

TWIG, in a statement of its own, says “We are deeply troubled and saddened by the recent allegations and charges filed against our former colleagues. We will continue to cooperate fully with federal law enforcement and we have hired outside experts to conduct a comprehensive review of our internal processes and systems—including information technology, security, and intellectual property—to ensure all appropriate measures are in place.”

The Water Institute of the Gulf isn’t affiliated with LSU, so you can’t really play the LSU-Tulane rivalry as an angle here. The only real takeaway is that it’s dog-eat-dog in the water research game – especially in these parts.