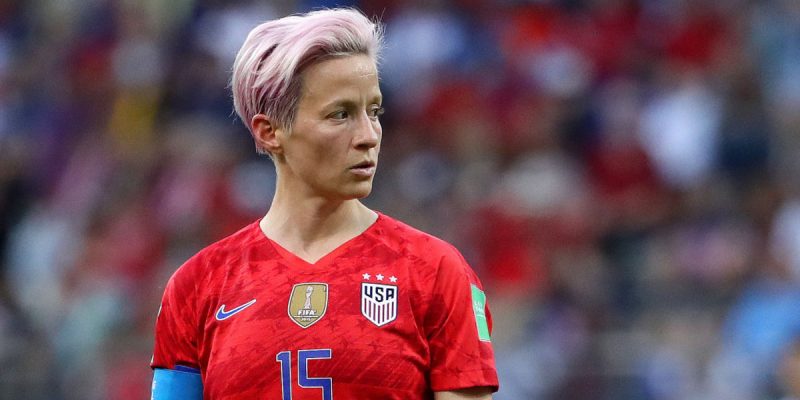 The US Women’s Soccer team lit up the scoreboard in their opening match in the 2019 Women’s World Cup against Thailand’s national team, delivering a gaudy 13-goal shutout in Reims, France.  In a sport where a 0-0 draw is not that uncommon, the record-setting blowout by the US squad was closer to an American football score than what the rest of the world just calls “football”.

To put the tally in perspective, the team that scored the next highest number of goals in a single game thus far was France with four.

Should the American women’s team have eased off the scoring accelerator and “phoned in” the balance of the game when it became apparent that Team USA had iced the match?

No, and it has nothing to do with the relevance of scoring differential that serves as a group tie-breaker.

Winning “bigly” is great for expanding the domestic fan base for not just the team but the sport itself.

Soccer is not America’s game by a longshot but its popularity is growing, particularly amongst millennials, in which that generation ranks soccer as its second favorite sport according to a 2018 Gallup poll.

It’s very likely that soccer will become the nation’s third most popular sport in the next decade as baseball’s senior citizen-heavy fan base rounds the horn of life and exits the concourse to that great big diamond up in the sky.

Furthermore a dominant US women’s team will put pressure on their brothers in the other locker room to step up their own game as the men’s team did not even qualify for the 2018 World Cup in Russia.

But beyond “growing the sport” in the US, there is something that goes to the heart of competition that is universal: the pursuit of excellence.

And cleanly scoring early and often is how a team achieves it.  And nobody should ever apologize for doing so.

Yes, the US women’s team looked like the Harlem Globetrotters of soccer and in the process made the Thai women’s team look like the soccer equivalent of the Washington Generals.  That is going to happen when a great team is pitted against a bad, or rather a not so good team, with the final totals reflecting the caliber of both squads.  That’s why keeping score matters.

I don’t think anyone in Bangkok lost his house wagering on the game, unless he was on the bottom side of the over/under.

Now the NFL-style post-goal celebrations as the score piled on may have been in poor taste, particularly as they seemed to have been rehearsed, and ardent defenders of the women’s team in the press have complained that such critiques are examples of gender-bias and reflect a double-standard.  On that point, I disagree.

Excessively celebrating an excessive score is not going to go over well globally and is not good sportsmanship.  The members of the US women’s team are ambassadors of both the sport and the nation and should conduct themselves accordingly.  As I doubt many or any members voted for the current occupant of the Oval Office, it would be fair to say that such a showy display would be decidedly “Trumpian”.

And we have all learned the captain of the women’s team, Megan Rapinoe, is no fan of the president, declaring that she is conducting a protest during the playing of the National Anthem as an “F you” to the Trump Administration.

Rapinoe’s personal conduct ought to have her indefinitely benched or put off the team altogether.  I mean, this is the NATIONAL team and if she has a problem with the national anthem and cannot check her politics in the locker room, then Rapinoe is more a distraction than a team player.

Furthermore, the pink-haired Rapinoe is likely exploiting her position to attract attention to herself, a selfish move particularly as she is not even the squad’s best player, just one of the oldest.

I wonder if the aspiring Colin Kaepernick has bothered to ask herself how her behavior is helping her team or her country or the sport.  I wonder if Rapinoe thought (or cared) how many people are dismissing the sport and her team because of her childish and selfish antics in the hopes of being “made” as a certified SJW in a Trump tweet.

To represent one’s nation in any international endeavor, including the field of sports, is a tremendous honor and privilege and should not be profaned by selfish egotistical actions.  I suppose the “I” in Rapinoe is bigger than her team, country, and/or game.

The women’s team does not Megan Rapinoe to win and she does not need to be there if her participation is going to be more of a self-serving publicity stunt than an actual contribution to their success.

Interested in more national news? We've got you covered! See More National News
Previous Article American could have relief from AOC if this guy runs against her [audio]
Next Article CROUERE: Fake Polls Are Back Again