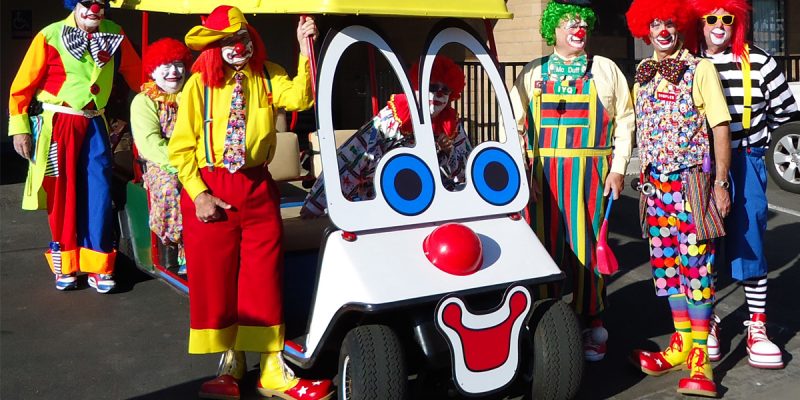 Candidates that participated in this week’s Democratic debate met a hilariously low threshold of 1% in three polls or have received donations from 65,000 supporters, with a minimum of 200 hailing from at least 20 single states (the irony of the Dems using the “gerrymandered” states as a qualification).

That so many made that the cut is both amazing and laughable.  Talk about catering to the 1% (at least in the polls).

This is the third installment and likely final mention of the six candidates who were on stage (perhaps for the first and last time) not covered in the two previous breakdowns (see them here and here), and as an added bonus, the announced Democrats who could not attain that vaunted whole number in national polling.

The Democratic Party should be grateful that Gary Coleman no longer walks amongst us as “Arnold Drummond” would have easily vaulted over such a low bar.

The poster boy for “white woke”. If there is something outrageous or asinine that needs to be said, the California congressman stands ready to blurt or tweet it.  Swalwell is running on feeding the Second Amendment through the woodchipper and infamously tweeted that any resistance to state confiscation of firearms would be met with nukes.  If a liberal actor ever ran for president, he would look and sound a lot like the vapid gentleperson from the east side of the bay.

If not for a surname that sounds like a character from a German art house film, the former Colorado governor would be a formidable opponent.  He attained national exposure in the aftermath of the Aurora movie theater shootings and successfully pushed through a series of gun control measures including background checks and limits on gun magazine capacity.  Hickenlooper co-founded a beer brewery before being elected mayor of Denver and has the awkward experience of running against his former Chief of Staff in city hall (Bennet), who had also scored a coveted US Senate appointment that Hickenlooper wanted.

The former congressman was the first candidate to announce against Trump, doing so in July 2017.  Having barely held on to a fairly moderate district in blue Maryland, Delaney fully committed to a presidential run.  An entrepreneur not chasing the constantly left-ward moving progressive agenda and a critic of “Medicare for All.”

A former aide to US Representative Jim Traficant (yes, “Beam me up!” Traficant) and successor to that odd (and convicted) political duck in Congress, Ryan made a name for himself by challenging Nancy Pelosi for leadership of the Democratic caucus racking up 63 votes.  The 45-year old is making a pitch to middle class, industrial state voters who supported Trump in 2016.

Time to get weird.  Oprah’s wellness guru and the author of self-help books is hoping America is ready to get “metaphysical”.  SNL is going to have a lot of fun with this one.  Two planks of her candidacy include establishing a Department of Peace and spending between $200-500 million dollars in slave reparations. She might not win a single delegate but Marianne will further drive the party agenda on to a new “plane”.

The futurist entrepreneur and son of immigrants from Taiwan is pushing a universal basic income of $1000 per month and his candidacy is buttressed by a very detailed platform.  The “MATH” hat, American flag scarf sporting contender is making his pitch to be the compassionate thinking person’s candidate in a field of personalities.

Locked in the Trunk of the Clown Car

Remember when I said there were 25 candidates?  Well five did not make the debate cut, they are:

Montana governor Steve Bullock would be a cry for reason but until the two Denver candidates scram, his candidacy might just be a bucket list box checked off.

Miramar, Florida mayor Wayne Massam, who was a wide receiver for Florida State and may have briefly been on the Cincinnati Bengals non-regular season roster (contrary to media reports I have yet to find any evidence that Massam was actually drafted).

Former Congressman Joe Sestak, who is likely applying for a cabinet post the hard way.  That said we should raise a toast for the former Navy admiral for ending the political career of Arlen Specter- defeating the party jumper in the Democratic primary despite support from President Obama.  Sestak did what the Pennsylvania GOP could and would not.  If he is still in the race come New Hampshire, I might just fly up to shake his hand for that.

And my favorite longshot, the 89-year-old Mike Gravel, who represented Alaska in the US Senate from 1969 until 1981 and had run for president in 2008.  Gravel has the distinction of also waging an insurgent campaign for the Democratic VICE-PRESIDENTIAL nomination in 1972 and contesting George McGovern’s pick of Thomas Eagleton on a roll call ballot.  History would prove the Democrats could have done far worse (and did).